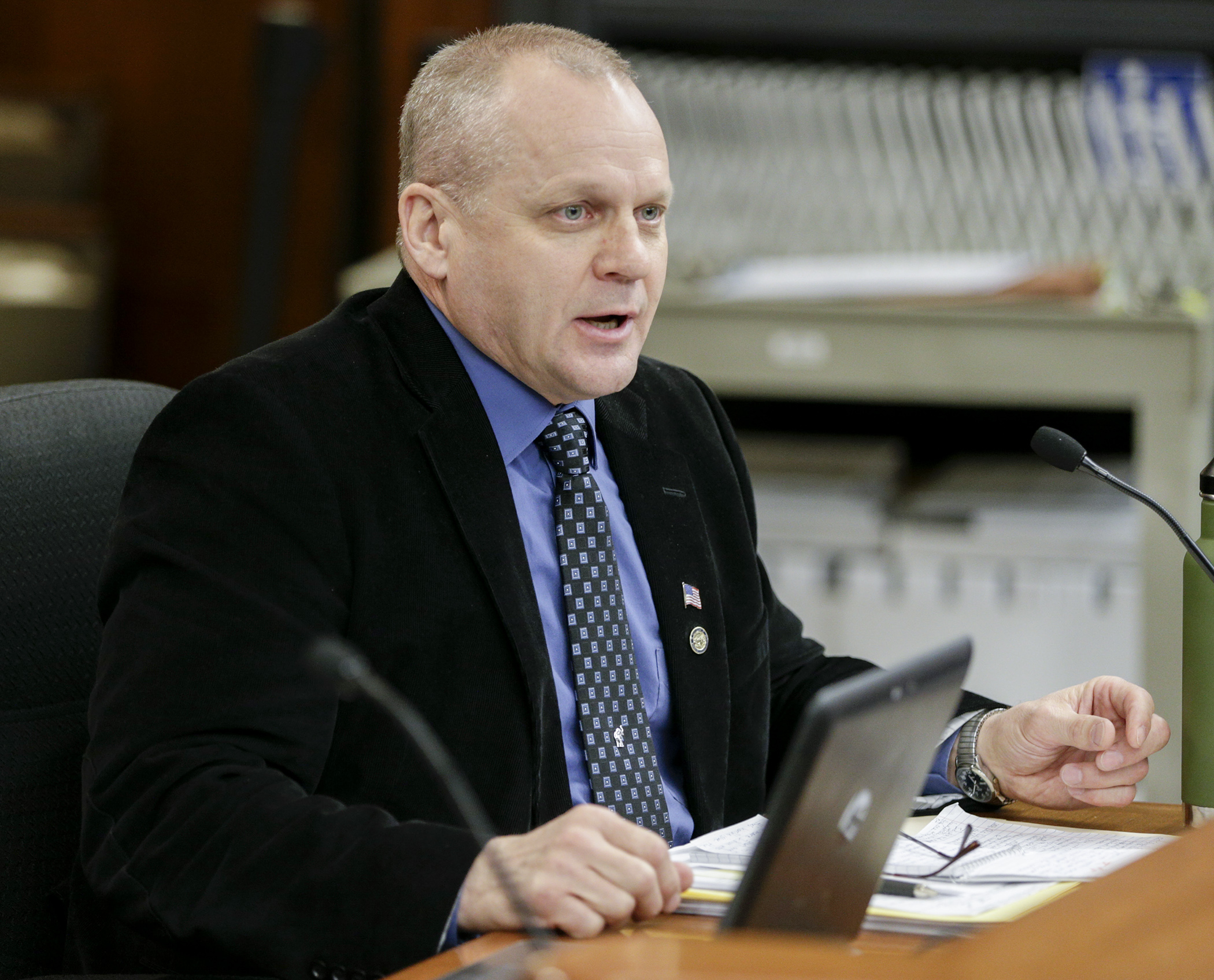 Rep. Matt Grossell discusses HF1572 with the House Public Safety and Security Policy and Finance Committee Tuesday. The bill he sponsors would, in part, eliminate stays of adjudication and imposition in criminal sexual conduct cases. Photo by Paul Battaglia

A plan to do was held over Tuesday by the House Public Safety and Security Policy and Finance Committee for possible omnibus bill inclusion.

Sponsored by Grossell, HF1572 would, in part, prohibit stays of adjudication and imposition in criminal sexual conduct cases, establish mandatory minimum sentences for child pornography offenses and require sex offenders to serve lifetime conditional release or probation. There is no Senate companion.

“It’s very horrifying that this is going on in Minnesota,” Grossell said. “There’s something wrong with a system where stays of adjudication and imposition are allowed.”

Under a stay of adjudication, a conviction is not entered on someone’s record if they successfully complete probation. Once probation is complete, the charges are dismissed and the person’s criminal record is cleared of a conviction.

A stay of imposition allows someone who, for example, pleads guilty to a felony offense to have the conviction deemed a misdemeanor if probation is successfully completed.

“We have to put barriers between children and victims. Once it happens, you can’t undo it,” said April Kane, a survivor of parental sexual abuse. “Judicial discretion can make a criminal invisible.”

According to a November 2016 report from the National Association to Protect Children, “an alarming 65 percent of adults convicted of sexually assaulting children in Minnesota are sentenced to no prison time at all. Most are sentenced to probation, typically with short visits to the local jail.”

Elizabeth Sullivan, founder of EmpowerSurvivors, questioned the fairness of a criminal justice system where many perpetrators do not spend a day in prison, yet victims have a lifetime sentence.

Among concerns addressed to the committee were that the change would lead to increased court workloads, less cases would be settled before a trial and the potential of more dismissals would increase, young victims could have to relive their experiences at a trial, and if someone is not convicted they could not benefit from services provided while on probation.

The intervention of supervision while on probation gives us the best chance of improving the community, while not charging provides no chance, said Assistant Anoka County Attorney Paul Young.

The committee viewed a pair of television news reports about how a previously convicted perpetrator did not have to register as a predatory offender, thereby not showing up in any database check, only to victimize someone else later.

Rep. Jack Considine Jr. (DFL-Mankato) thinks a simpler solution could be in order.

"If the real issue is making sure they don’t disappear, I’d like to see a way for the information to be found," he said.