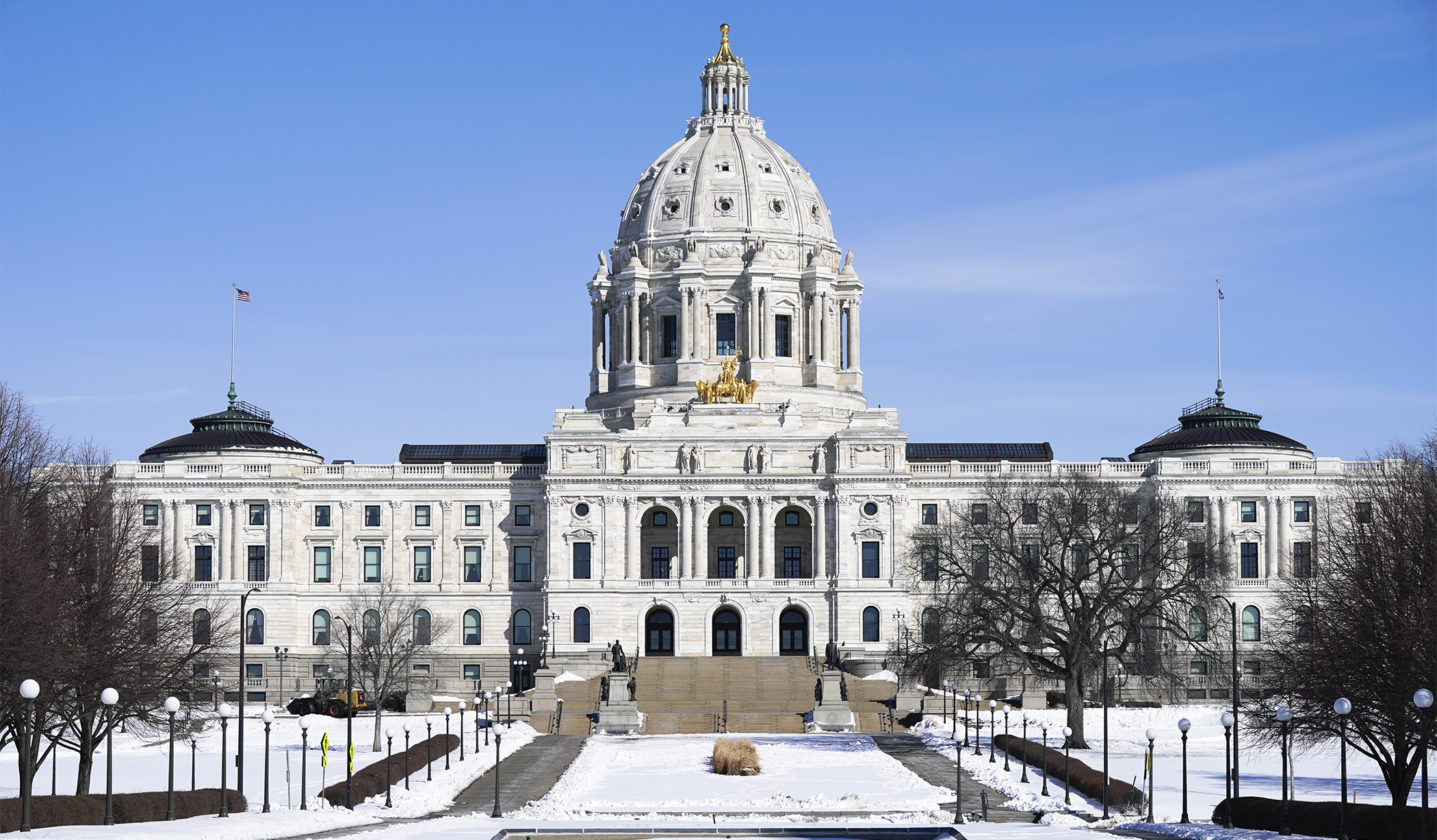 HF2 would establish a state-run insurance program to provide Minnesota workers with up to 12 weeks of paid family leave and up to an additional 12 weeks of paid medical leave per year. (House Photography file photo)

Rep. Ruth Richardson (DFL-Mendota Heights) believes there are moral, health, safety, and economic imperatives for our state to implement a paid family and medical leave program.

“No one should have to choose between a paycheck or caring for themselves and their family,” she told the House Workforce Development Finance and Policy Committee Wednesday.

Richardson sponsors HF2, which would establish a state-run insurance program to provide Minnesota workers with up to 12 weeks of paid family leave and up to an additional 12 weeks of paid medical leave per year.

The committee approved the bill, as amended, on a 7-5 party-line vote and sent it to the House Judiciary Finance and Civil Law Committee.

“Working peoples’ need for family and medical leave is universal,” Richardson said. “Unfortunately, in Minnesota only an estimated 13% of workers have access to paid family leave through their employer to care for a new child or a seriously ill family member.”

Richardson said the legislation is needed because current leave programs are inconsistent and there are disparities among those who have access to leave and those who do not.

It’s ironic, she said, that high-income people working for large corporations who can better manage a financial crisis are more likely to have employer-paid leave plans, while low-income people who may be one paycheck away from financial devastation do not.

The bill would establish a self-funding family and medical insurance benefit account modeled after the state’s unemployment insurance fund.

To start, the bill would appropriate $1.7 billion in seed money for the account in fiscal year 2024 before money collected via a new tax on employers and employees would fund the account.

Money paid into the state fund by employers and employees would vary depending on an employee’s salary. For example, someone earning $52,000 per year would pay in $3.50 each week.

Leave benefits would be unattached to a specific job or a specific employer, which would be particularly helpful to self-employed or gig workers, who could opt in to join the program.

That opt-in option would be very helpful to many Minnesotans, said Amy Schultz of Minneapolis. 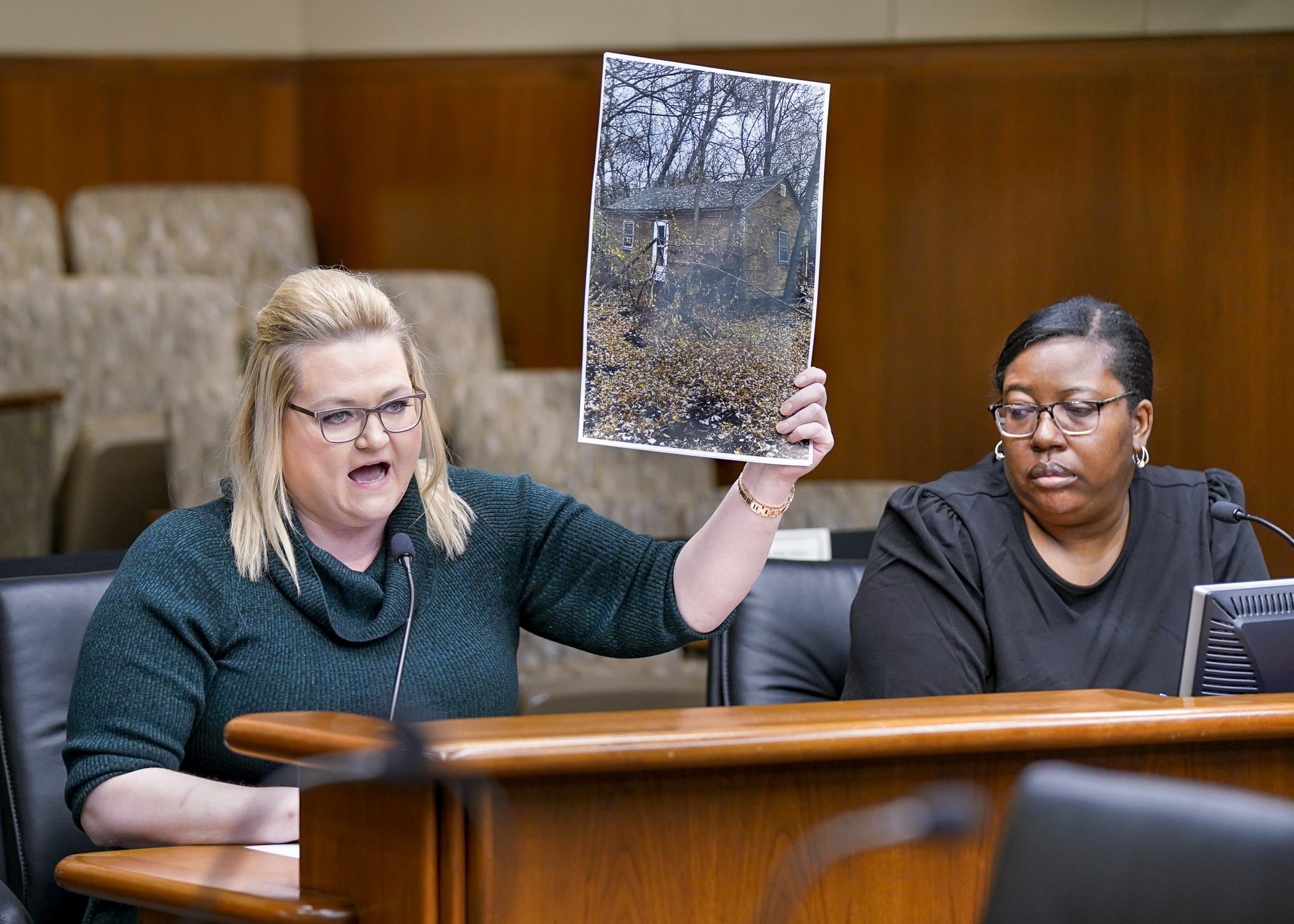 Small-business owner Casey McGregor displays a photo as she testifies Wednesday in opposition to HF2, a bill that would provide for paid family and medical leave for all Minnesota workers. (Photo by Catherine Davis)

“As a self-employed worker today, I have no safety net,” she said. “If I have to take time off to care for myself or a family member, or if a major medical emergency happened, it could send me into poverty.”

Employers would be allowed to institute private plans and not be required to pay premiums into the state program. However, private plans would need to meet or exceed all the same rights, protections, and benefits provided to employees under the state plan.

Leave programs would be administered by a new Family and Medical Benefits Insurance Division within the Department of Employment and Economic Development. Benefits would be available starting July 1, 2025.

Commissioner Steve Grove said the legislation is both pro-business and pro-worker, and would help reduce the workforce shortage by enticing workers to relocate to the state.

“We think about this as an exceptional economic development tool,” he said.

Some testifiers from business organizations said the plan would be too burdensome for small employers who wouldn’t have enough employees on staff or be able to quickly hire new workers to cover the duties of employees taking paid leave.

That problem is especially prevalent in the construction business, said Stephanie Menning, executive director of the Minnesota Utility Contractors Association.

“Minnesota has two seasons, winter and construction,” she said.

If a construction worker is off the job for the proposed maximum of 24 weeks that’d eat up the entire summer construction season in Minnesota, she said.

Republican objections were laid out in five unsuccessfully offered amendments:

Rep. Dave Baker (R-Willmar), who offered the actuarial analysis amendment, said it would be prudent to have an outside auditor examine the bill’s financial specifics to determine whether it would truly be self-funding and not require more state money in the future.

“If we don’t get the details right here, once this thing leaves the station, you can’t put it back,” he said.

Richardson is open to having such an audit in the future, but opposes delaying the bill for that purpose now. “We would continue to deny and to delay benefits to Minnesotans that would further disrupt folks who are already hurting.”