Bills could change how Minnesota polices 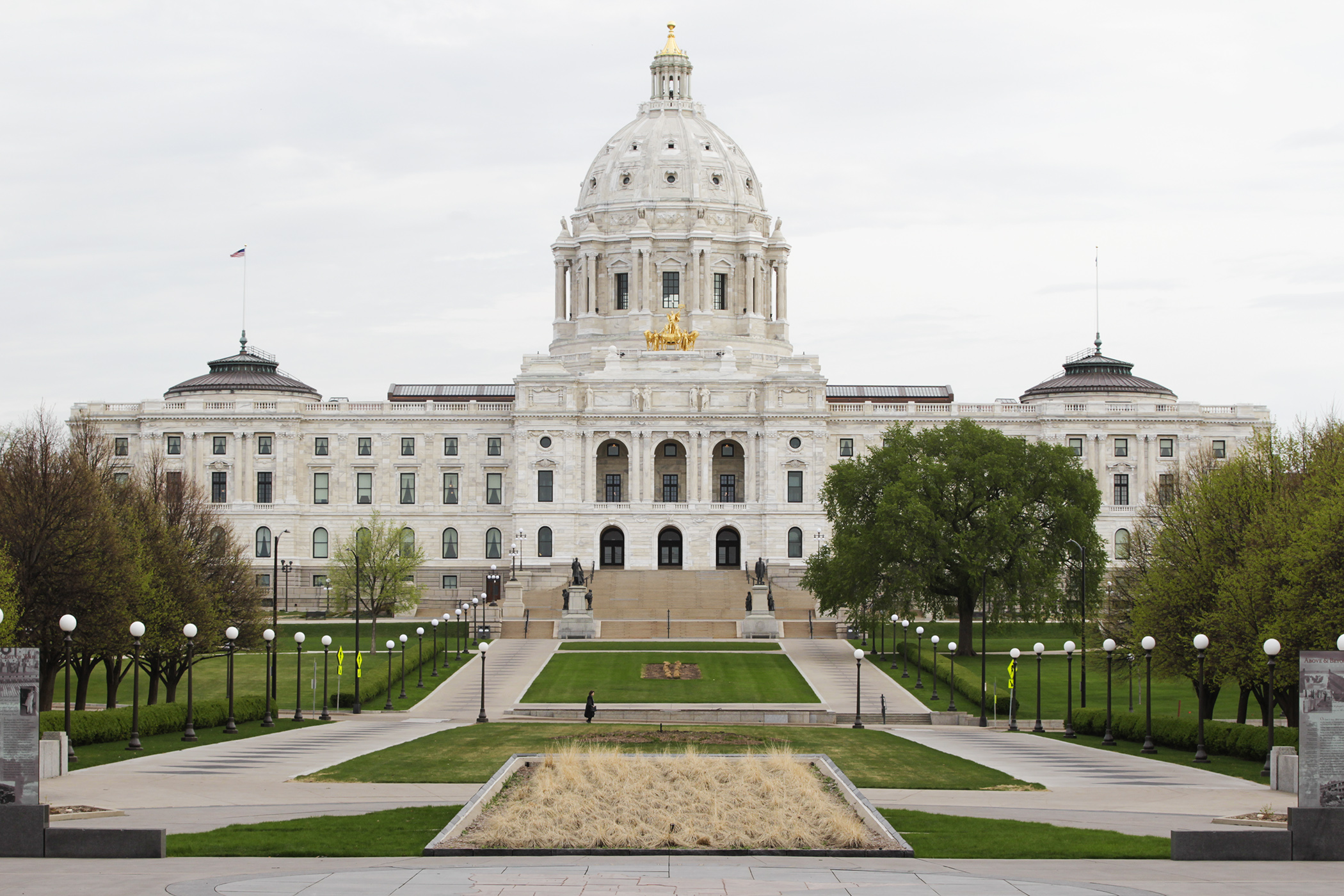 The death of George Floyd while in the custody of Minneapolis police has not only turned much of the world’s eyes to Minnesota. It’s also further spurred a group of legislators to action.

Members of the People of Color and Indigenous Caucus joined Gov. Tim Walz Thursday to present 18 bills they plan to introduce during the special session that begins Friday. Each bill deals with an aspect of police policy, training or discipline that caucus members believe will improve public safety and relations between officers and the communities they serve.

Many of the bills arose from recommendations of the Police-Involved Deadly Force Encounters Working Group chaired by Attorney General Keith Ellison, and the commissioner of the Department of Public Safety, John Harrington.

“This is a coordinated and powerful set of reforms,” Walz said. “These reforms have been needed for a long time. They’ve been implemented in other places and the data shows that they work. … Minnesota will change the way we do policing.”

“We are introducing bills that we believe will make bad actors accountable for actions that are wrong,” said Rep. Rena Moran (DFL-St. Paul). “We are looking at legislation that gets to the root of protecting bad cops who make good cops look bad.”

The bills are scheduled to be heard remotely Saturday by the House Public Safety and Criminal Justice Reform Finance and Policy Division, a meeting that’s scheduled to run as long as eight hours. Most address some aspect of the use of force by peace officers. Here’s what would be expected to change if the bills become law.

“Warrior training” would be prohibited: Sponsored by Rep. Ruth Richardson (DFL-Mendota Heights), SSHF46 would prohibit training for peace officers that teaches that self-preservation is an officer's highest priority or that trains officers to approach each interaction with a citizen as a potential threat to an officer's safety.

Use of force during an arrest

Changing the parameters for its use: Sponsored by Moran, SSHF42 would place in statute that officers should only use deadly force in defense of human life, only in instances of imminent death or great bodily harm to the officer or another person, and that disabilities should be taken into account in the situation.

A ban on choke holds: Another Moran-sponsored bill (SSHF4) would prohibit the use of certain restraints, and require law enforcement agencies to update their policies regarding the use of force.

Duty to intercede: Sponsored by Rep. Jamie Becker-Finn (DFL-Roseville), SSHF43 would establish it as a peace officer’s duty to intercede when another officer is using unreasonable force and to report excessive force incidents. It would also require law enforcement agencies to adopt policies with such requirements.

Filing a report and engaging in peer counseling: Under SSHF55, sponsored by Rep. Mohamud Noor (DFL-Mpls), officers whose use of force results in injury or death would be required to file a report to the Bureau of Criminal Apprehension. The bill would also stipulate that information given by the officer to a stress management counselor is inadmissible as evidence.

Investigatory reform: Rep. Carlos Mariani (DFL-St. Paul) sponsors SSHF53 that would establish an independent unit within the Bureau of Criminal Apprehension dealing with use of force investigations.

Taking action against an officer

Data collection and regulatory reform: Another Mariani-sponsored bill, SSHF93, would create a process to collect and analyze data on complaints filed against peace officers, provide for a peace officer discipline report, expand the membership of the Board of Peace Officer Standards and Training, and establish a Police-Community Relations Council to report to and advise the POST board.

Arbitration reform: Sponsored by Rep. Kaohly Her (DFL-St. Paul), SSHF72 would amend arbitrator selection for peace officer grievance arbitrations. Her is also the sponsor of a bill on data practices modifications for peace officers.

Bail reform: Sponsored by Noor, SSHF47 would limit the use of cash bail for certain offenses.

In response to the proposed legislation, House Minority Leader Rep. Kurt Daudt (R-Crown) said in a statement, “Democrats added felon voting to the agenda for Saturday’s eight-hour hearing, but have so far ignored Rep. Pat Garofalo’s bill that would help police departments get rid of bad cops. If Democrats are serious about working on real reforms, they need to put every option on the table. Even ones that might make their union campaign contributors uncomfortable.”

Reporters at the press conference steered the conversation toward something else bringing a measure of media attention to the Twin Cities: Wednesday evening’s toppling of a statue of Christopher Columbus on Capitol grounds by protesters, many of them Native American.

While there’s clearly controversy about whether law enforcement should have done more to prevent the statue’s plunge to the pavement, Lt. Gov. Peggy Flanagan – who chairs the Capitol Area Architectural and Planning Board and is a member of the White Earth Band of Ojibwe – said, “There is no honor in the legacy of Christopher Columbus. … But Minnesota is ready for this conversation about statues, artwork and our state seal. We want a Capitol grounds where everyone feels safe and welcome.”