No bonding bill after chaotic close to 2016 legislative session 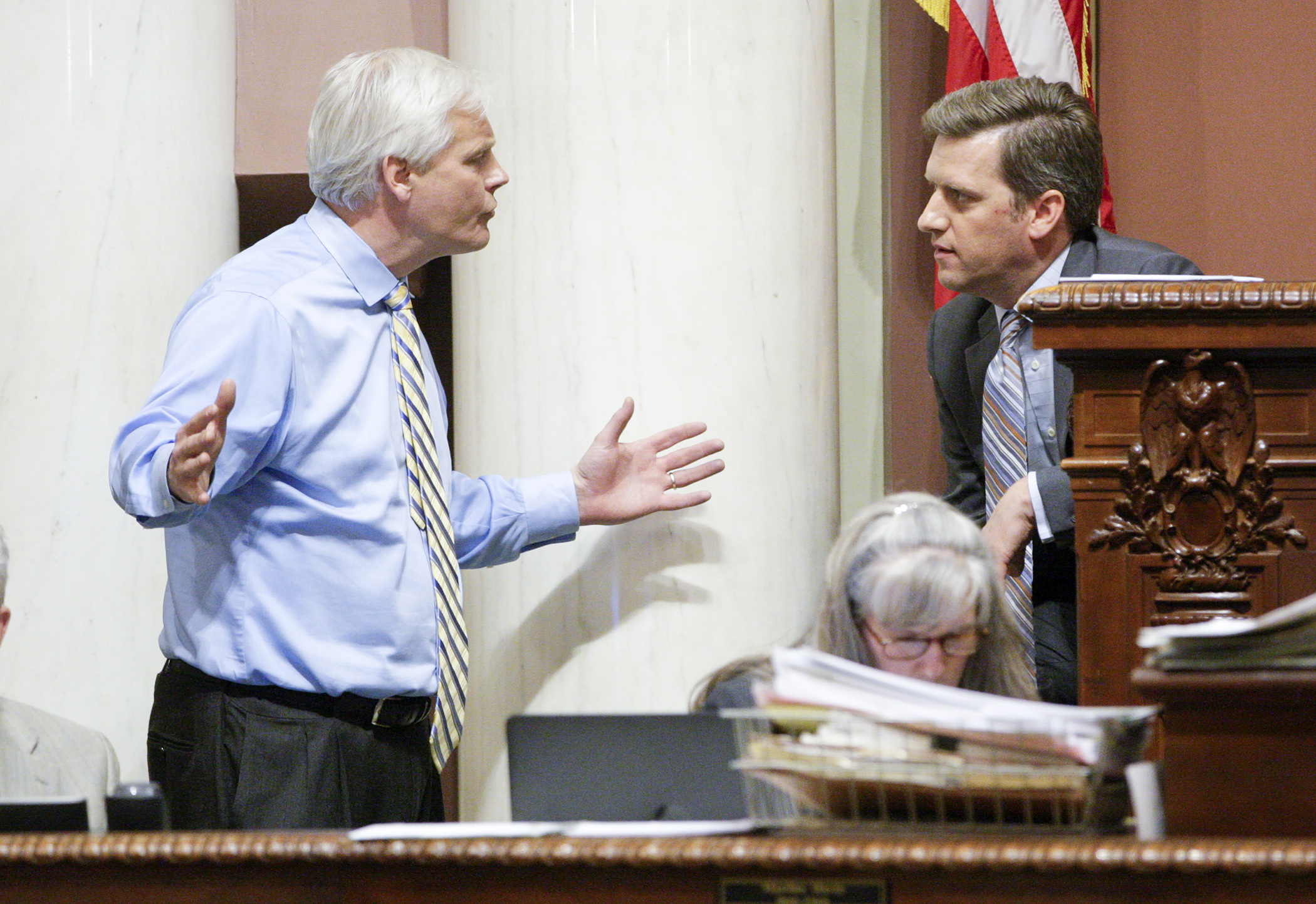 It could be the bonding year that wasn’t.

House and Senate lawmakers failed late Sunday to pass a roughly $1 billion borrowing package for public works projects across the state — traditionally the centerpiece of even-year legislative years — in the chaotic final minutes of the 2016 session.

According to spreadsheets distributed as debate on the bonding bill began, it would have authorized $818 million in total bonding as part of a $1.1 billion package for public works spending on projects like rail crossing safety upgrades, water infrastructure improvements, and road and bridge projects.

Rolled out with roughly an hour remaining before the Legislature’s constitutionally-mandated midnight deadline, the proposal was amended onto an existing capital investment bill, HF622, that had failed earlier in the week.

The House passed the bill, as amended, 91-39 with minutes to spare following a stormy debate that saw members shouting on the House Floor. It was then amended further in the Senate to include funding for the proposed Southwest light rail line from Minneapolis to Eden Prairie — a key sticking point in negotiations between the Republican-controlled House and DFL-controlled Senate in recent weeks.

The House, though, adjourned sine die before the amended version of HF622 was returned to the House for a final vote.

Barring a special session, lawmakers’ failure over 11 weeks in session to get a bonding bill to the governor’s desk means public works projects large and small across the state could go unfunded.

The bill would have poured almost $700 million in one-time dollars — consisting of $236 million in general-obligation bonding, $265.5 million in General Fund dollars and $181 million in Trunk Highway spending, according to House Republicans — into transportation projects, far more than originally proposed in the version of HF622 that failed to garner the required three-fifths majority to pass earlier in the week.