Session Coming to an End

If every Minnesotan who can continues to get vaccinated, and those who aren’t yet vaccinated to mask we will soon be able to return normal. We still aren’t out of the woods, but we are very close!

This year’s regular session ends Monday night at midnight, as required by the state constitution. However, our work will be far from done at that point. I could try to give you a big picture synopsis of where we are at this point; however, I will instead refer you to the excellent description of the situation provided by Peter Callahan at MinnPost.

What I can provide, however, are my insights from inside the belly of the beast as a member of the Transportation Conference Committee, which has been meeting sporadically for the past two weeks. On the floor of the House last night, minority leader Kurt Daudt repeatedly stated that the House had not passed a single budget bill. In fact, the House passed all of its budget bills on time by the end of April and sent them to the Senate. Over the following week, the Senate passed its budget bills and sent them to us. As is usually the case, there were significant differences between the House and Senate versions of the budget bills and so they were referred to conference committees to work out the differences.

The Transportation conference committee first met on Monday, May 3 with House Transportation Chair Frank Hornstein holding the gavel on Mondays Wednesdays and Fridays; and Senate Transportation Chair Scott Newman holding the gavel on Tuesday Thursday and Saturday. So far, Chair Hornstein has had the gavel six times and has held five meetings. Chair Newman has held the gavel five times and has held one meeting (and has announced that he will not be holding a meeting, tomorrow). This pattern apparently holds true for most of the conference committees. Basically, the Senate conferees have refused to negotiate on anything other than noncontroversial policy provisions until the leadership (the Governor, the Speaker of the House and the Senate Majority Leader) has first agreed to high-level budget targets for each conference committee. As Peter Callahan reports in his story, that process has been going slowly. It’s hard to hold a negotiation when only one party comes prepared to talk. Another pattern which I’ve noticed over the past two years is that Senators seem to believe that waiting until the very last minute to get serious gives them some sort of negotiating superpower.

After the Legislature adjourns on Monday night, it is likely that the conference committees will be reconstituted as unofficial “working groups” and will continue to negotiate – once the budget targets are agreed to. The legislature will probably reconvene in special session in mid-June and the negotiations will probably continue until June 30th (to avert a July 1st government shutdown). Personally, I’d rather spend the month of June out knocking on your doors!

This week, we passed HF 600, a bill which legalizes and regulates adult-use cannabis in Minnesota, while expunging records of people convicted for nonviolent offenses involving cannabis.

Under Prohibition, an unregulated illicit market in cannabis has thrived, diverting millions of potential tax dollars away from public services. This has also come at the additional cost of punishing Minnesotans, especially Black Minnesotans, for minor non-violent offenses. By passing this comprehensive and well-vetted legislation, the House is giving Minnesota the opportunity to create a safe regulated cannabis market with significantly less harm than our current system. I am proud to support this legislation and I urge our Senate colleagues to join us in creating a system that works for Minnesota. 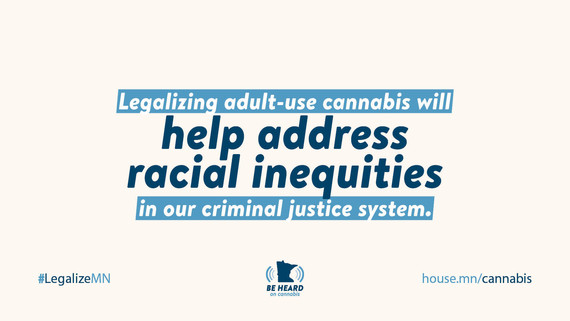 Join us for our annual End of Session Wrap-up Town Hall on Monday, May 24 at 7:00 PM. While the event will occur on Zoom, we will make sure it is live-streamed and posted on our Facebook pages for those unable to join.

You can register for the event here: https://forms.gle/4hQ5vYk8iNaaeXQf7

Pre-submitted questions will be given priority and you will receive a link to the Zoom meeting a day before the event through the email you enter during registration. 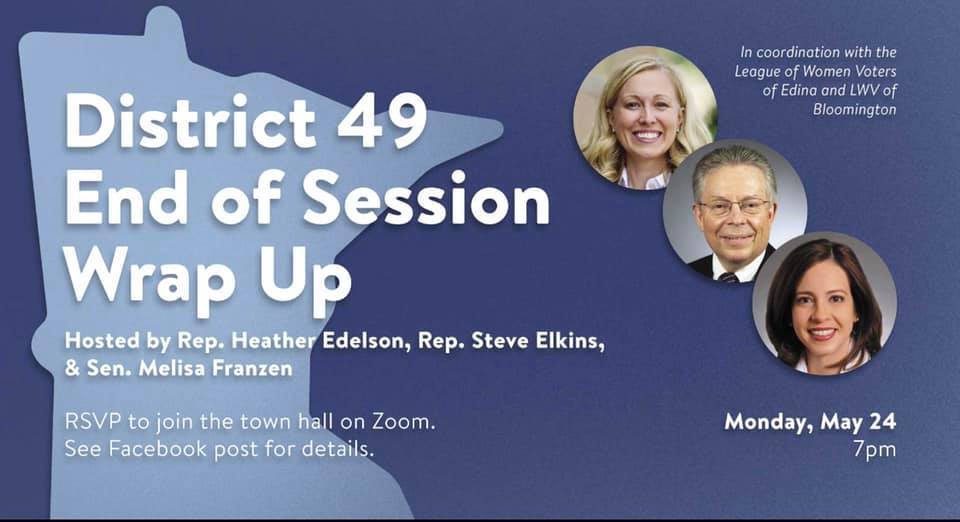 Don’t hesitate to reach out if I can provide any assistance. Please follow me on my Facebook page for further updates and invite your friends and family to do so as well.

Thanks for the honor of representing you at the Capitol.