One of the things I miss most about being at the State Capitol every day is the time I’d normally get to spend with constituents talking about issues important to the community. While Zoom calls aren’t the same, I’m still grateful for the engagement from community members. This week I got to meet with people advocating for the Epilepsy Foundation, services for people with disabilities, members of the Second Chance Coalition and more. Here is a meeting I had with youth environmental activists! 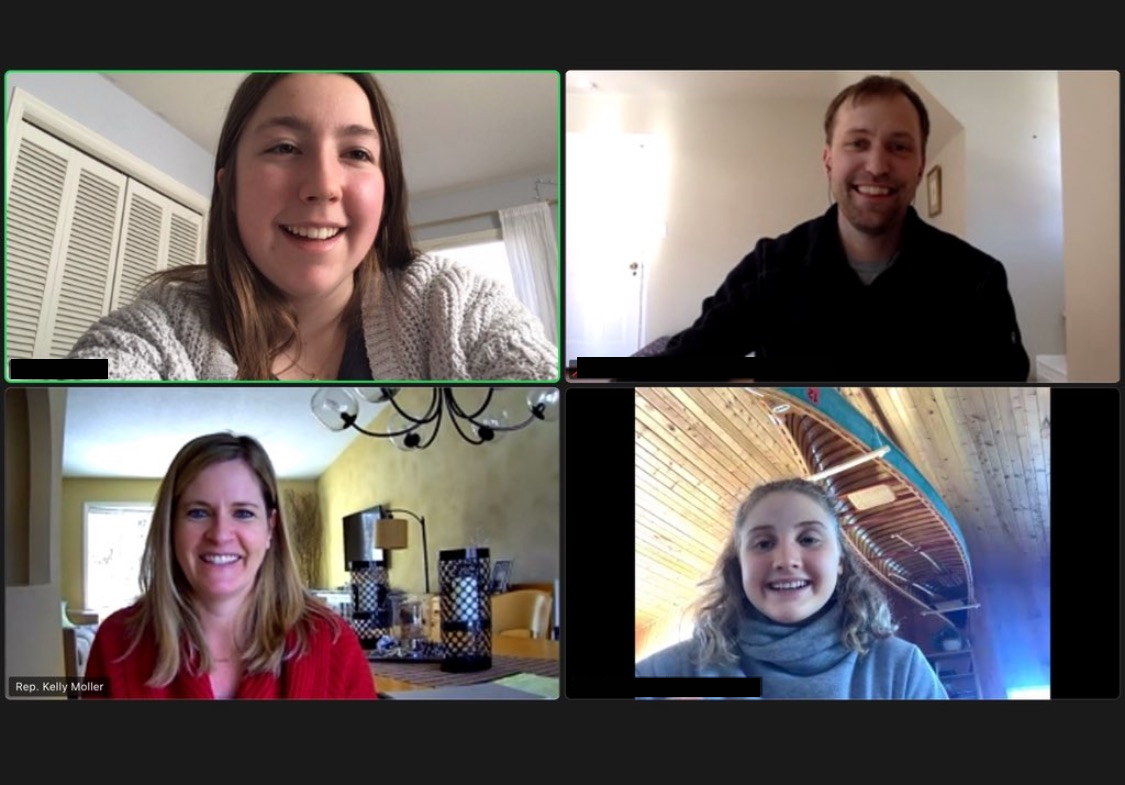 Yesterday, I officially introduced legislation allowing Extreme Risk Protection Orders (ERPOs), an effective tool to prevent tragedies as a result of gun violence. The bill would allow members of law enforcement or a family member to petition a court for the temporary removal of an individual’s access to firearms if a person poses a significant danger of harm to themselves or others. The procedure, which protects a person’s due process rights, requires a judge to consider numerous factors before determining whether to order the temporary removal of firearms.

In the 19 states which have adopted them, plus the District of Columbia, laws enabling ERPOs – also known as “red flag” laws – have demonstrated success in preventing community violence, mass shootings, suicide, and fatal domestic violence incidents. ERPOs are particularly powerful in preventing suicides. On average, we lose one Minnesotan per day due to suicide by gun, and we should have this tool available to them when they recognize a loved one is in crisis.

By enacting an ERPO law in Minnesota, I’m confident we will prevent senseless tragedies.

In my update last week, I mentioned our work to strengthen Minnesota’s criminal sexual conduct code to address the numerous contradictions, loopholes, and other shortcomings which make it difficult for survivors to receive justice. One significant part of this is a measure to create a new punishable crime preventing sexual extortion. Currently, someone who is a victim of this – perhaps from a landlord or boss – has no path to seek justice from the criminal courts. I talked with KSTP about this problem earlier this week and how my legislation seeks to prevent this from occurring in Minnesota.

While accountability is a significant goal in our criminal justice system, we need to recognize most people in jail or prison will one day return to their communities. We have a responsibility to ensure they can successfully reintegrate into society and not return to incarceration. On Tuesday, the Minnesota Second Chance Coalition held their annual “Day on the Hill” in support of providing a path to redemption. As part of this event, along with Ramsey County Attorney John Choi, I discussed my legislation to allow prosecutors to initiate sentencing adjustments when an offender has demonstrated rehabilitation. By allowing people who have been rehabilitated to be productive, contributing members of society, we can make our communities safer while enhancing fairness. KSTP provided coverage of the bill here.

Over 783,000 Minnesotans have now received at least one dose of the COVID-19 vaccine. There are plenty of reasons to be optimistic that we’re approaching the end of this crisis, including reduced case counts, hospitalizations, and deaths as a result of COVID, plus a one-dose vaccine from Johnson & Johnson is expected to be approved imminently.

Yesterday, Governor Walz provided an update for Minnesotans on the next steps in our state’s vaccine distribution strategy, with a goal of 70% of those 65 and older getting a vaccine before the end of March, with educators continuing to receive their shots. The next phase will include people with specific high-risk conditions and targeted essential workers. If you’ve not yet done so, you can sign up for Minnesota’s Vaccine Connector, which will notify you when you become eligible.

I value hearing from you, and I hope you’ll be in touch with your input, ideas, or if I can be of assistance. My email is rep.kelly.moller@house.mn and phone number is 651-296-0141. If you have neighbors, friends, or family who you think would find these updates valuable, please share this with them; they can subscribe here. I also encourage you to “like” or “follow” me on Facebook.

Thank you for the opportunity to serve you.