The killing of George Floyd has led to enormous pain in our communities, and Minnesotans have come together to demand justice. He should be alive today. Beyond this single tragedy though, Black men and boys face a reality when interacting with law enforcement that’s unacceptable. NPR spoke with my colleague, Rep. Ruth Richardson of Mendota Heights, and her son Shawn about their experiences and these injustices. 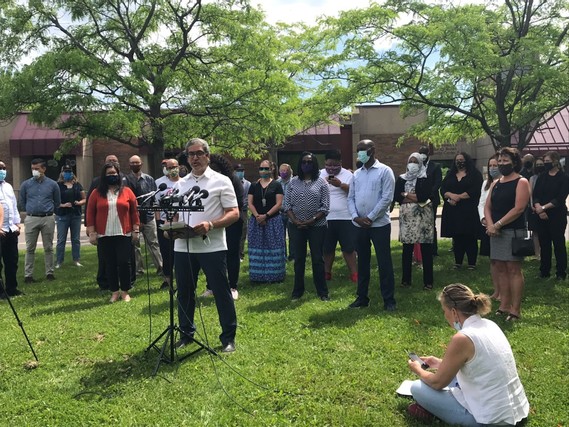 Tuesday I stood behind members of the Minnesota Legislature’s People of Color and Indigenous Caucus who unveiled a comprehensive agenda to address both criminal justice and police reform in our state. The key goals of the proposals are:

Some of these efforts have been underway already. As a member of the House Public Safety and Criminal Justice Reform Committee, we’ve worked on many reform measures over the past two years but have been met with resistance by the Senate majority. Minnesota cannot wait any longer for criminal justice reform.

I know that many of you agree. When I hosted a community event last October on criminal justice reform, it was well attended. I’ve heard from a lot of you about the measures you would like to see enacted. It is likely that we will have a special session next week, and my colleagues and I will keep fighting for reform.

Thank you to all who are speaking out about George Floyd’s death and racism. It is heartening also to see how many people in our community are helping those in Minneapolis and St. Paul rebuild. There are have been food drives, clean up efforts, donations made, and other displays of support.

On Thursday afternoon I’ll be helping distribute food and supplies in St. Paul from 2:00 to 6:00. Please join me if you can. The information is below (and is the same for 6/4). An RSVP is not required, but the organizers would like an estimate of helpers - please email me if you are able to join us. In addition, they are still collecting numerous supplies. There are many additional organizations seeking help, and you can find some of them listed here. 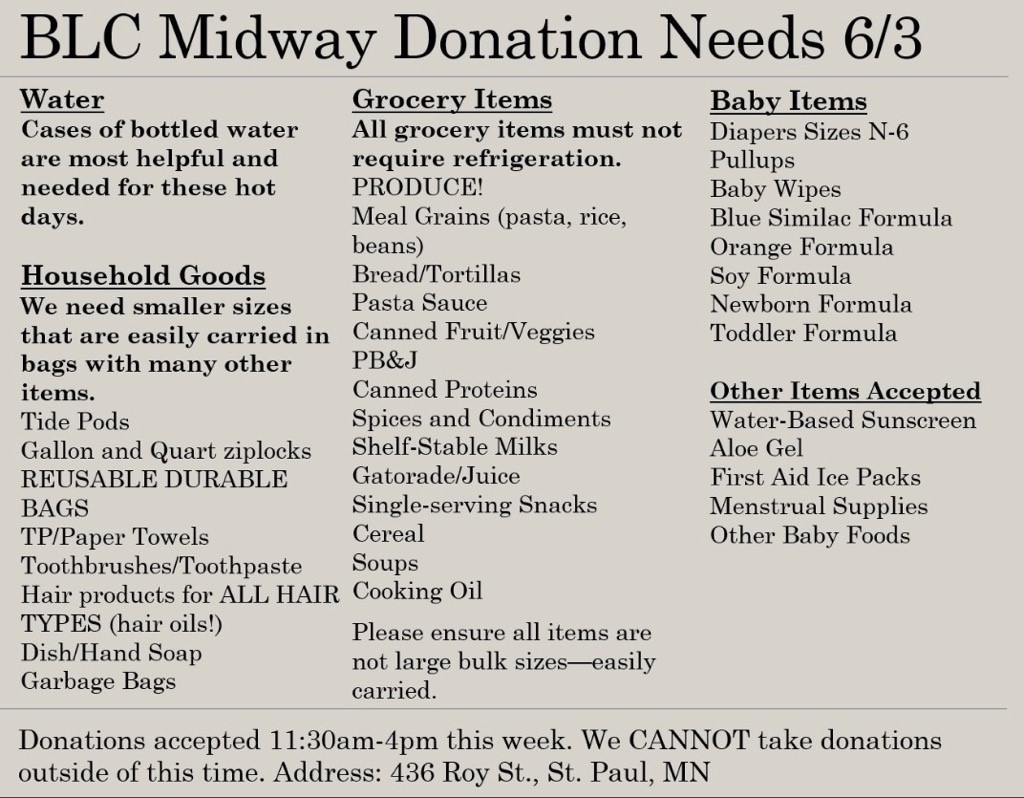 Also yesterday, Governor Walz announced the Minnesota Department of Human Rights has filed a civil rights complaint against the Minneapolis Police Department regarding George Floyd’s death and launched an investigation into their practices over the past decade. I think there are overdue, but difficult conversations need to be had regarding both conduct and culture. I’m hopeful that there can be a rebuilding of trust between many community members and their police department.

Beyond policy changes, criminal charges, or lawsuits, the focus needs to be on humanity. We have a long way to go, but we will only stop tragedies like that of George Floyd if we end the structural racism and implicit biases that have gripped our country for centuries.

If I can be of any assistance, don’t hesitate to reach out. It’s an honor to represent you.