This has been a busy week at the capitol as bills must pass out of their committee of origin by one week from today. Somedays, I just feel like my job as a legislator is just to say NO. NO to more wastes of your hard-earned money. NO to more chances for the state government to build another failed program that will need to be bailed out with even more of your money.  And they aren’t just trying to steal your money; they also want to take your time, with more regulations, more paperwork, and more red tape.

A New $900 Million/year Tax on Your Paycheck

I voted no on a bill that passed the House this week that would create a new payroll tax on Minnesota workers. The new tax would be collected from the employer and the employee, similarly to how unemployment insurance is collected.

The new tax would be collected for approximately a year and a half, before a single payment comes out, after which it would pay individuals for up to 12 weeks, twice a year of family or medical leave. Examples include: to take care of a sick relative or around the birth of a child.

I think this approach is misguided. When the government takes money from you (and this will be coming from your pocket, even if your employer is paying half), that means you have less money to save for your own needs, to weather the storms or joyful occasions that cause challenges in life.

Instead, the government will take money from you, right from your check, and MAYBE give some of it back when you have a qualifying event. What if you are retiring in a few years and/or leaving the state?  Too bad for you. You’ll never see a dime of what you put into the fund. What if you own or work for a small business and can’t afford to take off that much time without the business going under? Somebody else who can, will max out that time, up to twice a year. It’s another poorly designed program that will be abused, funded by the hard-working people of Minnesota.   The Senate has said it will hear this bill from the House, and hopefully, they hold true to their word.

Coming up Next Week

* I am introducing a bill that will allow Townships to choose to preserve their Township form of Government.  Here is a video that I made explaining the bill. https://www.youtube.com/watch?v=fYCF2hf1QZw&t=3s
*  I will be in committee hearing bills and meeting with constituents all week . I will also be talking to the Office of the Legislative Auditor about Minnesota's publicly funded Early Childhood Programs that
have been found to have a lot of fraud, mismanagement and overlap.

Congrats to the newest Second Amendment Sanctuary Counties, Wright and Kanebec, which both passed resolutions this week that said they would not use county resources to enforce unconstitutional gun laws. The other counties are Clearwater, Marshall, Roseau and Wadena. 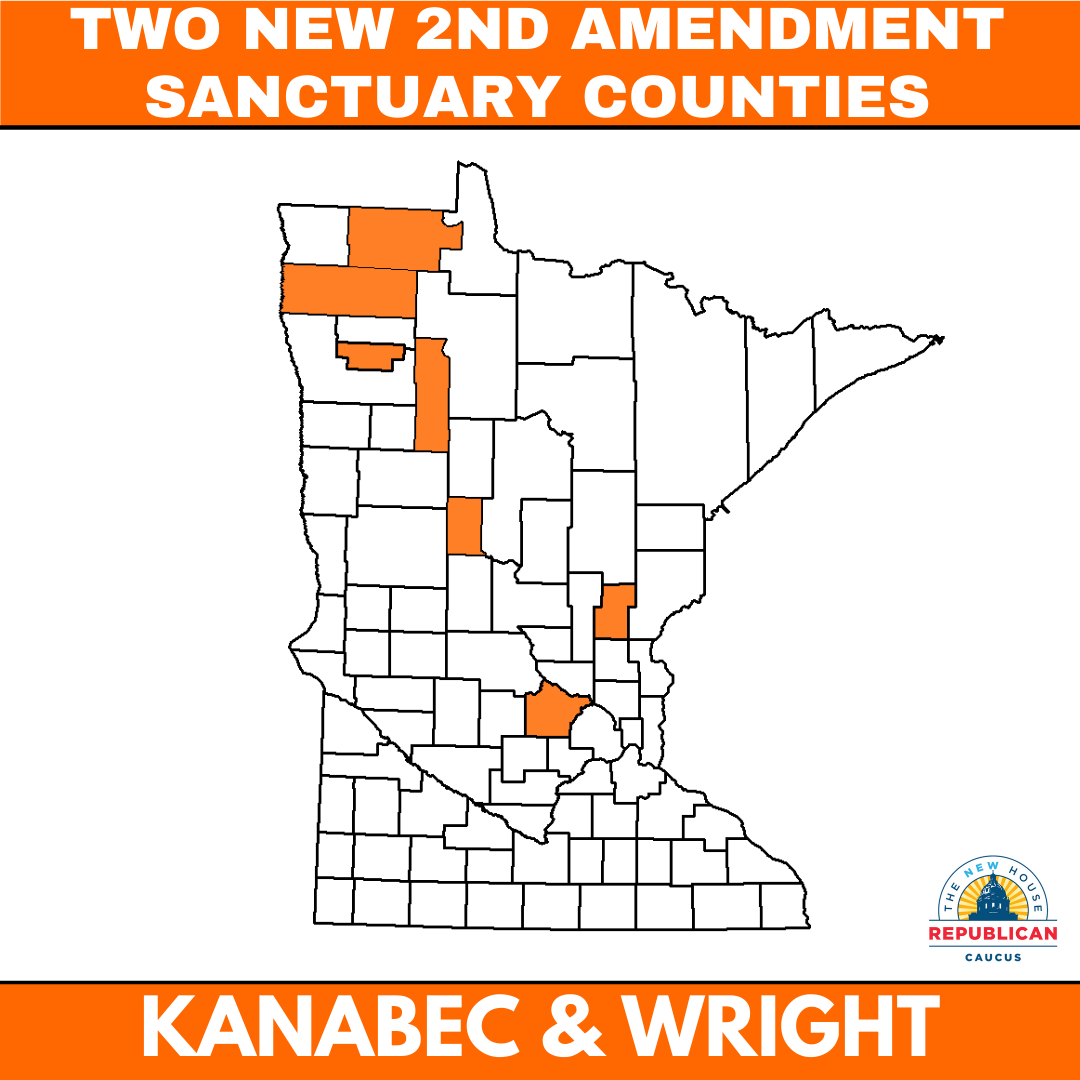 If you visit the Capitol, please drop by and say hello! My Legislative Assistant Barbara is away next week but Luke Sprinkel will be filling in for her. You can call him at 651-296-9183 or email him at luke.sprinkel@house.mn