Here’s hoping your summer is going well. We are reaching the 60-day mark since the regular 2020 legislative session ended, at which point House members are not permitted to send e-newsletters such as this until after the November election.

With that said, your individual correspondence remains vital as I continue working to represent the people of our district. This is especially true this summer as we already conducted one special session, are in the midst of another and more appear on the horizon.

The current special session began Monday, largely called by Gov. Walz so he could extend his emergency powers by another 30 days. To this point, that is the only significant issue to be settled as work on other issues continues. This includes public safety reform, where the Senate majority has proposed numerous common-sense improvements that have broad, bipartisan support. 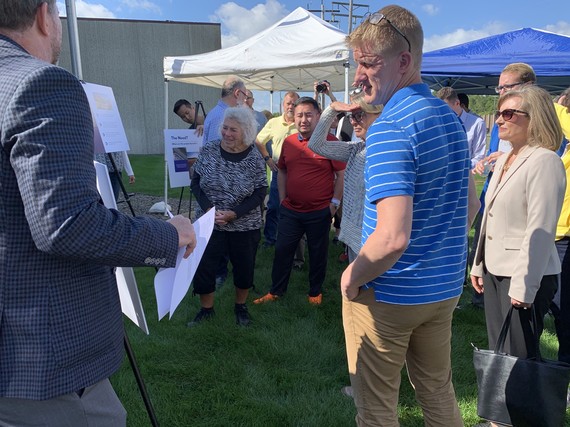 Capital investment is another work in progress to fund construction projects throughout the state. As a member of the House Capital Investment Committee (pictured above during a committee stop to learn about a proposed road project), I remain hopeful we can land on a finished product which allows us to support crucial infrastructure while also respecting the state’s taxpayers.

Tax relief also is a topic of discussion this special session, particularly related to fixing Section 179 code that has been damaging to the ag community.

As for the emergency powers, House Republicans on Tuesday made yet another move to end them so we can restore balance at the Capitol. The governor first established his unilateral rule in mid-March and this was the fifth time House Democrats blocked efforts to allow legislators to participate in the decision-making process.

Before we go any further on this subject, I want to be clear that ending the governor’s emergency powers is not an indication we in the House minority take COVID-19 lightly. In fact, this issue really is separate from the outbreak itself. We are simply seeking to return our state to the representative system of government with three co-equal branches as provided by our Constitution.

Important decisions should be made with all 201 legislators involved, representing their constituents in discussions so we can have a plan in place to move our state forward into the management phase and, ultimately, recovery from COVID-19.

As always, I encourage you to please contact me with questions or opinions on any issue. You can reach me at 651-296-4378 or rep.nels.pierson@house.mn. Look for more e-newsletters after the black-out period ends. Until then, have a good rest of your summer and let me know how I can help.