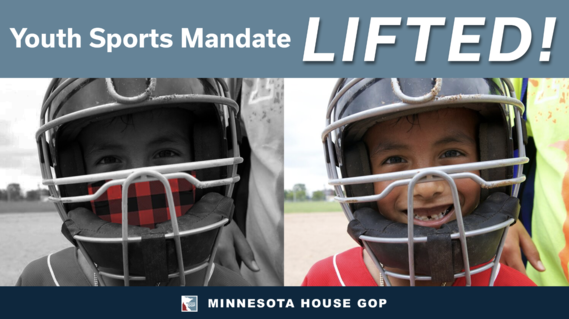 I hope you had a great weekend! As of today, there are three weeks remaining in the 2021 regular legislative session in which bills must be negotiated and passed to fund all of state government for fiscal year beginning July 1, 2021. Because we are approaching the end of session, each day last week was focused on over ten hours on the House Floor debating the Democrat authored omnibus bills. Despite being packed with radical progressive policies, mandates, and tax increases, the Democrat majority voted the destructive bills off the House Floor nonetheless.

Students in our community continue to be deprived educational opportunities because our schools have been at the bottom of the state’s per pupil education funding formula for years. The root cause of the funding inequity is the current formula that calculates funding is biased in favor of metro and suburban area school districts. This is why I’ve been fighting for equity in education funding my entire time in office including having chief authored HF 425 and HF 455 this term to help our children and schools.

I’m deeply frustrated the metro Democrat Chair of the House K-12 Education Finance Committee chose to once again ignore our community by not even giving bill hearings to either of my equity funding bills. When the Democrats brought their education omnibus bill to the full House Floor last week, I offered both of my HF 425 and HF 455 bills as amendments to the omnibus bill. The truth is many school districts across the state are in similar low funding positions as our community but only my Republican colleagues spoke up in favor of my amendments. Even more frustratingly, metro Democrat Chair Davnie voiced his strong opposition to my amendments and the Democrat majority defeated both of my amendments that would have helped our children, teachers, and great staff. I voted NO to the Democrat education bill.

While my bills and amendments were once again defeated by the metro-centric Democrat majority, I will not accept defeat and I will never stop fighting for our children! 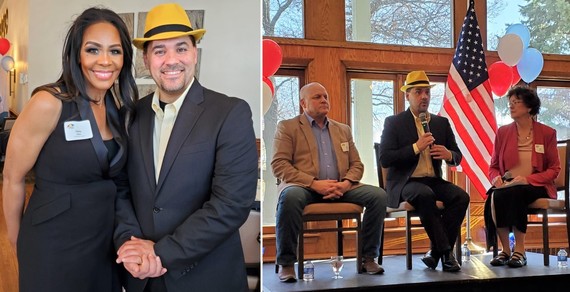 Rep. Lucero and colleague Rep. Matt Grossell were among the invited speakers at the Child Protection League (CPL) conference last Saturday in Ham Lake. CPL is the leading group fighting statewide against the radical progressives seeking to indoctrinate the impressionable minds of our young children with sexual perversion, gender confusion, and grooming under the banner of Comprehensive Sexual Education (CSE).

As a member of the House Public Safety Committee, I’ve been forced to listen to hate-filled bias slander against law enforcement professionals this entire session. It was zero surprise the Democrat Public Safety omnibus bill runs counter to public safety, is hostile to law enforcement, and will inhibit the recruitment and retention of peace officers statewide while letting criminals off with lighter sentences than the court imposed and hiding their records from the public. Below are several provisions from the Democrat bill:

Minnesotans deserve affordable, reliable energy achieved by a multi-pronged approach that once helped our state enjoy some of the nation’s cheapest energy rates. Radical progressive policies now have made our state’s rates among the country’s most expensive. Democrats seek to go even further in the wrong direction by adding more costly mandates and prescriptive bureaucracy while limiting our energy options. Below are several provisions from the Democrat bill:

Despite the fact Minnesota presently has a $4 billion projected surplus, Democrats are seeking to raise taxes by more than $1 billion and hold relief for businesses and workers hostage. Below are several provisions from the Democrat tax bill: 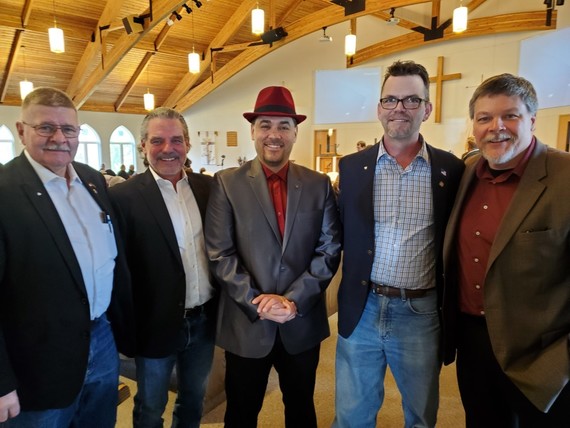 Rep. Lucero and several of his legislative colleagues were on the speaking panel for the Convention of States Town Hall last Saturday in Clear Lake. There was a lot of energy from the crowd of more than 300 attendees. The Federal government is undeniably pulling our country down an unsustainable path with uncontrolled spending and blatant disregard for the 10th Amendment. Article V of the U.S. Constitution is a remedy our Founding Fathers gave the sovereign States to re-exert authority against an abusive Federal Government.

Several weeks back I wrote about my estimate of receiving well over a thousand communications from those concerned about Minnesota’s election integrity and how I share those concerns.

Secretary of State Steve Simon and Minnesota Second District Court Assistant Chief Judge Sara Grewing both violated the plain language of the United States Constitution as well as colluded together with Democracy Docket to provide the impression of legality to the consent decree issued in LaRose v. Simon. The actions of Secretary Simon and Judge Grewing disenfranchised the voters of every legally cast vote in Minnesota and violated equal protection rights guaranteed under the laws of Minnesota as well as Article I, Section 2, of the United States Constitution.