Have a Blessed Easter and Passover

This coming Sunday many will celebrate the Triumphal Entry, the day Christ rode into Jerusalem presenting himself as the Messiah. It’s known Christ entered Jerusalem from the Mount of Olives so it’s nearly certain Christ entered Jerusalem through the Eastern Gate. I took the picture seen below in 2010 of the Eastern Gate (indicated by the arrow) while I was standing on the Mount of Olives looking across the Kidron Valley. The edge of the Garden of Gethsemane can be seen near the lower right of the picture.

I wish you, your family, and loved ones a blessed Palm Sunday, Resurrection Day, and Passover. The Legislature is in recess until Tuesday April 6 in recognition of Palm Sunday, Passover, and Easter Sunday.

Picture of the Eastern Gate in Jerusalem taken by Rep. Lucero in 2010.

Gov. Walz this week announced all Minnesotans age 16 years and older will be eligible for COVID-19 vaccinations beginning Tuesday, March 30. I encourage all people who believe the COVID vaccine is the right choice for them to get the vaccine. The expanded eligibility will allow providers across the state the flexibility needed to fill appointments with all those who desire a vaccine. 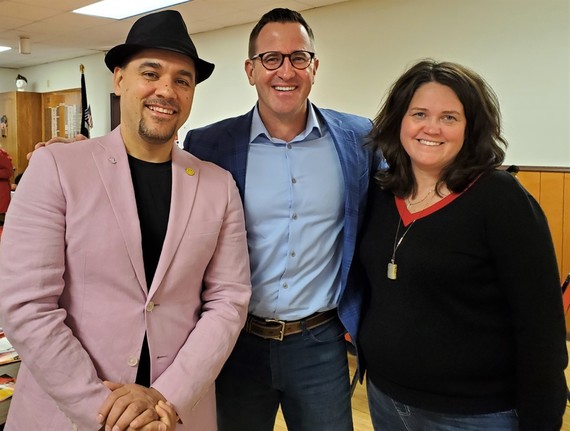 As a strong defender of individual liberty and autonomy against abusive government coercion, I’m very concerned about the increasing calls for mandatory vaccinations and vaccination passports as prerequisites to engage in commerce or travel. Legislation was recently introduced in the State of New York seeking to mandate vaccinations, New York Gov. Andrew Cuomo announced this week New York State is launching a vaccine passport in the form of an QR code via a mobile phone app, and the governor of Connecticut recently told National Public Radio vaccination passports were something his administration “was going to look at.” These radicals are pushing very dangerous ideas to shame and criminalize those who simply make different, informed consent decisions.

One’s vaccination status cannot be allowed to entitle some people greater access to privilege over others. Vaccine credentials cannot be permitted as a condition to gain freedom and commerce. The idea Democrats are actively working to create two classes of people (those with privilege and those without) is truly a scary act of discrimination.

In response, I’ve introduced multiple anti-discrimination bills this sessions which the Democrat majority has thus far actively killed in committees. This week I offered one of my bills as an amendment on the House Floor which the Democrat majority again killed. Nevertheless, I will continue fighting to proactively prevent mandatory vaccinations and vaccination passports in Minnesota! 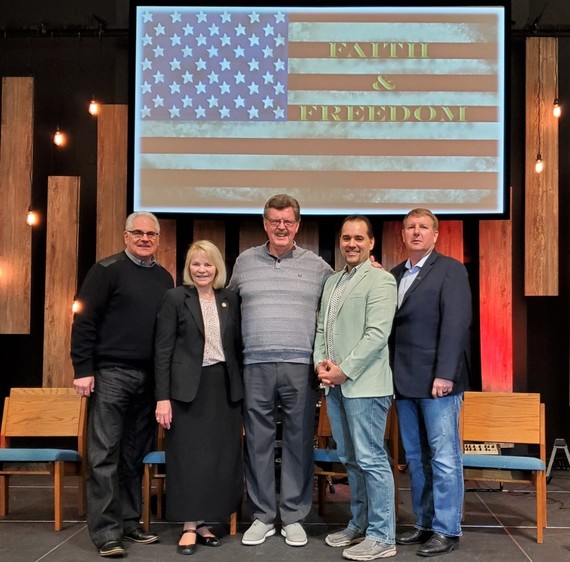 Rep. Lucero with Pastor Dale Witherington, Sen. Mary Kiffmeyer, and Rep. Paul Novotny last Sunday evening for a panel discussion at Christ Church in Otsego on the topics of Biblical citizenship, fighting for truth, and the future of our great Republic.

The decades old, obsolete, per-pupil school funding formula continues to negatively impact the fantastic schools in our community. The state funding formula is presently engineered to predominately benefit metro-area schools via the use of categorials, many of which our schools do not qualify for.

The existing funding formula inequity is being compounded by the additional challenge of declining enrollment due to COVID. STMA for example is faced with having to cut 40-50 staff members.

This week, the Chair of the K-12 Education Finance Committee from urban Minneapolis brought forward a bill that would have distributed $29M because of declining enrollment. STMA would have received a mere $51/per pupil under the proposal. A drop in the bucket.

Republicans proposed substantive alternatives to the Democrat bill by offering amendments that would have allocated more money to assist with the unanticipated declining enrollment, an additional allocation of funds for summer school, and would have sent the money directly into the classroom and directly to in-person learning so students can catch up from Gov. Walz's year of keeping schools closed vs. the Democrat proposal to shovel money to non-profits and bureaucracy.

STATE OF THE STATE ADDRESS

Gov. Walz this week announced he will deliver his third State of the State address Sunday evening March 28, 2021 at 6 PM. Rather than deliver the address in customary fashion from the House Chamber at the MN Capitol, Gov. Walz opted for political optics by delivering the address from his former social studies classroom at Mankato West High School.

Tuesday this week, House Democrats released their budget targets for fiscal year 2022-2023 confirming their plans to increase taxes despite an existing $1.6 billion budget cash surplus and $8 billion coming to Minnesota from the federal government. Budget targets are set by the majority party establishing how many billions in taxpayer dollars they seek to spend on funding government for the next two-years.

Last week, House Republicans attempted to bring to the Floor and pass bipartisan bills to ensure Minnesota government doesn't profit from federal relief payments, but those attempts were blocked by House Democrats.