Freedom IS NOT free and many have given their lives in service to our great country! Monday is Memorial Day. As we spend time with family, friends, and loved ones this weekend, we remember, mourn, and honor all the men and women who paid the ultimate sacrifice allowing us to continue the blessings of liberty. We also remember truth recorded for us in Scripture:  “There is no greater love than to lay down one’s life for one’s friends.” – John 15:13

The Legislature adjourned Midnight Monday per the MN Constitution. A handful of “smaller” bills were passed during the final days of session, but unfortunately a tax cut package was not among the bills that passed. It is widely expected Gov. Walz will call the Legislature back to a special session some time mid-June. There are a number of priorities I’m continuing to fight for including much needed tax cuts for Minnesotans during this time of economic turmoil.

Rep. Lucero was invited to appear on the television program Your Legislator this week along with Democrat State Rep. Kunesh-Podein to discuss the last week of the legislative session. 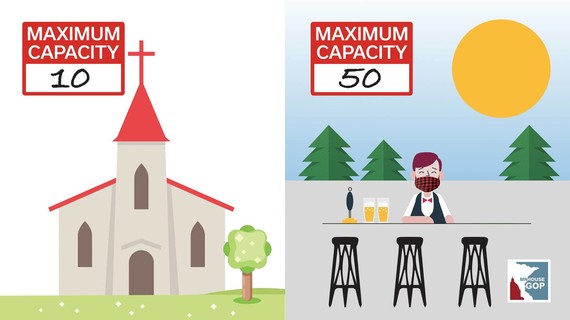 Gov. Walz this week announced an update to his Great Minnesota Shutdown, which frustratingly continues Gov. Walz’s bias against churches.

Gov. Walz this week announced Phase 2 of his Great Minnesota Shutdown. Many have expressed concern and frustration at the arbitrary and contradictory nature of Gov. Walz’s plan. For example, a barbershop will be allowed to operate at 25% capacity during phase 2, but a restaurant is prohibited from having any patrons inside their building. At the same time, a restaurant patio will be able to host as many as 50 people, but an outdoor church service is limited to 10. A chart of the phases can be viewed at the following link here.

Also this week, I was invited as guest to this week's episode of Your Legislators television program where I highlighted Gov. Walz's continued hypocrisy. It has become indisputably clear Gov. Walz has little to zero consistency to his executive orders, and in fact continues his discrimination against churches.

Church leaders have recognized Gov. Walz bias against them and have openly stated they intend to defy Gov. Walz. More can be read in the article at the following link here. 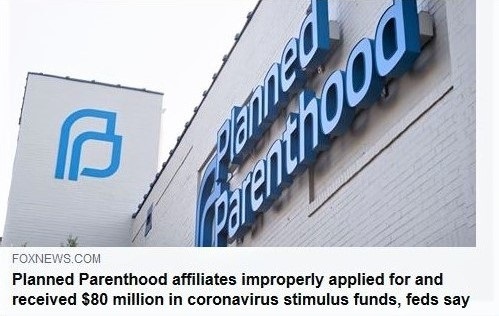 At the same time Democrat Gov. Tim Walz slams closed the doors of churches yet ensures the doors of Planned Parenthood are propped wide open here in Minnesota, it was revealed this week 37 Planned Parenthood affiliates across the country applied for and received a total $80 million in loans from the Paycheck Protection Program (PPP) despite the abortion provider being explicitly blocked from doing so. The full article can be read at the following link here. 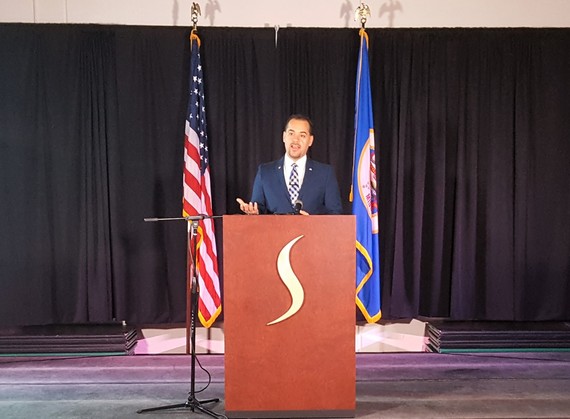 Rep. Lucero invited to pre-record the keynote commencement address for the 2020 graduating class at Spectrum High School this week!