With the end of June just days away, I hope you are enjoying the nice weather as Summer is racing by! As for me, I’ve been extremely busy as a member of both the House Public Safety Committee and House Judiciary Committee in the aftermath of the riots in Minneapolis, committees hearings on police reform, the recent special legislative session, Gov. Walz continuing to abuse emergency powers, fighting for our communities’ values and priorities, and much more!

Rep. Lucero recently invited as a panelist at an event in South Saint Paul to discuss public safety in our local communities. 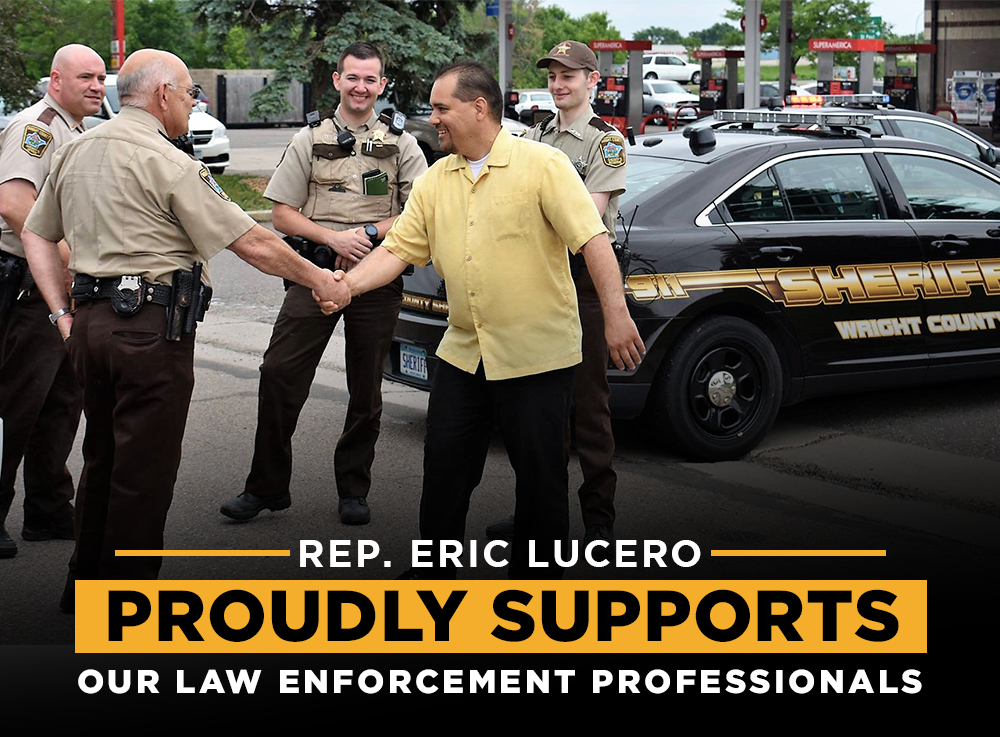 While Democrats continue working hard to defund, dismantle, and disband the police, Rep. Lucero is proud to support our professional men and women in law enforcement who risk their lives every day to protect ours!

During the recent special legislative session, the Legislature passed the Minnesota Small Business Relief Grants Program. The Minnesota Department of Employment and Economic Development (DEED) recently announced they have begun accepting applications. A link to the online application can be found at the following link here.

The program will provide $10,000 grants to small businesses that have been impacted by the COVID-19 pandemic. Businesses with 50 or fewer full-time employees are eligible. Half of the funding will go to businesses in Greater Minnesota and half to businesses in the seven-county Twin Cities metro area, as required by law.

The application period runs June 23 through 5:00 PM on Thursday, July 2. A randomized, computer-generated lottery process will be used to select eligible businesses that will receive awards. All awards will be administered by qualified local and regionally based nonprofit agencies, and the grant funds can be used for working capital to support payroll expenses, rent, mortgage payments, utility bills, and other similar business expenses. 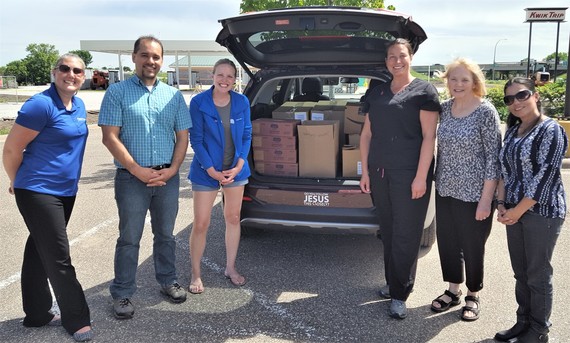 With many hurting and limited access to food and basic supplies in the aftermath of the riots in Minneapolis and Saint Paul, Rep. Lucero and Sen. Kiffmeyer recently hosted a collection drive in the Albertville Mall parking lot for people in our community to help those in need. 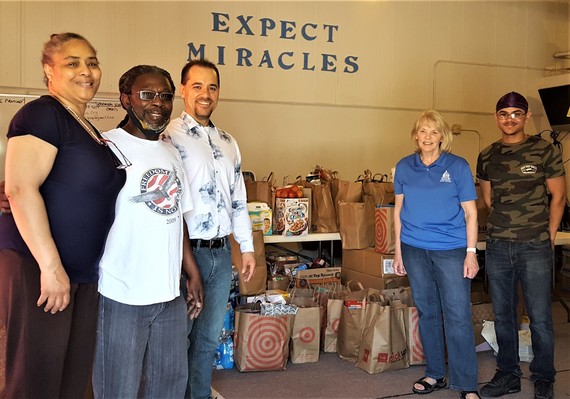 After a tremendous outpouring from all across our great community of people giving thousands of dollars worth of food and basic supplies donations, Rep. Lucero and Sen. Kiffmeyer delivered two packed-full SUVs to Pastor Alethea Chaney gift cards to several Minneapolis pastors that were distributed to individuals and families in need. 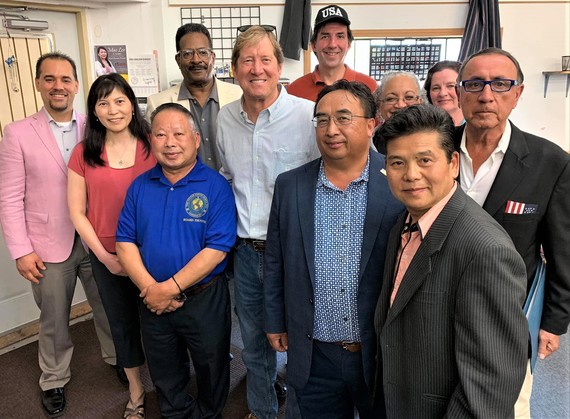 In the aftermath of the riots, Rep. Lucero was among the group who showed up to support and tour several Hmong-owned small businesses along University Avenue in Saint Paul. The rioters and looters didn't merely destroy buildings but also the lives and livelihoods of innocent, hard-working immigrants. It was absolutely heartbreaking to hear the stories of the Hmong small business owners describe how they poured their life savings into their businesses just to have thieves target their businesses to be smashed, destroyed, and ransacked. Gov. Walz had forced their doors closed for months and now small businesses in the area must be boarded up. 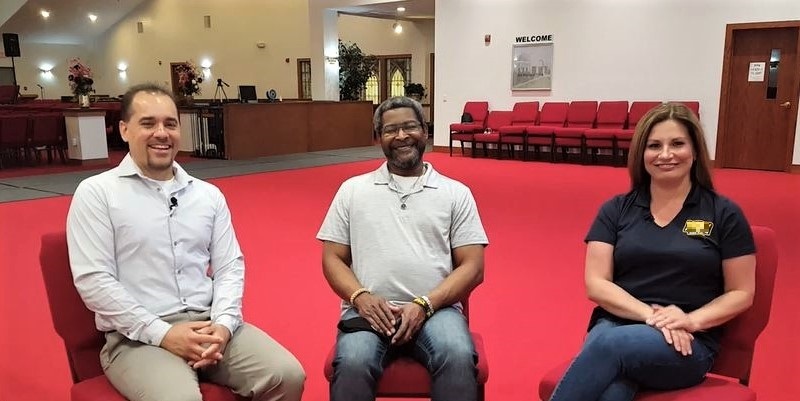 State Reps. Eric Lucero and Mary Franson recently sat down with Rev. Tim Christopher in North Minneapolis to have a candid conversation about recent events and next steps.

Gov. Walz continues to abuse his emergency powers. His “one size hurts all” mandates have put thousands out of work and continue to inflict damage across Minnesota’s economy. During the recent special legislative session, the MN Senate Republican majority passed a resolution on June 13 to end Gov. Walz’s emergency powers but the Democrat controlled House blocked the resolution so Gov. Walz could continue his unilateral edicts bypassing the Legislative Branch.

During the special session many bills were discussed on the topics of police reform and rebuilding Minneapolis. I was supportive of many of the measures put forward such as banning chokeholds and requiring a duty to report excessive use of force, but the Democrat majority included poison pills in the bills that had nothing to do with police reform such as a provision that would have allowed felons to vote.

In other bills, the Democrat majority attempted to use the tragedy of George Floyd to advance their agenda of expanding big government under the auspices of Democrat false claims of rampant institutional racism. Part of my remarks on the House Floor included the fact that City of Minneapolis has been run by Democrats for decades, the MN Attorney General’s office has been controlled by Democrats for approximately 50 years, the MN Governor’s office has been Democrat for nearly a decade, and the Minneapolis Police Chief is currently a minority. If institutional racism indeed exists in Minneapolis, Democrats have zero to blame but themselves.

It's been over two full weeks since the attack on our Capitol and despite many faces of the lawbreakers captured on picture or video allowing law enforcement to identify the attackers, Gov. Walz has yet to publicly announce any criminal charges.

On a related security note, more than 90 people have been shot in Minneapolis since May 26, 2020. That's an average of 3 people shot per day in the last month. Despite gunshots and lawlessness erupting in the streets and neighborhoods of Minneapolis, Democrats continue pressing ahead with their radical agenda to defund, dismantle, and disband the police.

Not only did Gov. Walz fail to protect Minneapolis and Saint Paul, Gov. Walz’s and Democrats continued failed leadership threatens the physical and financial security of ALL Minnesotans. 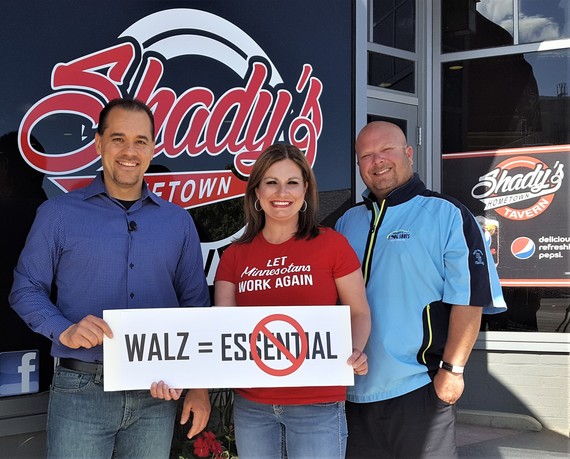 State Reps. Eric Lucero and Mary Franson in late May sat down with Kris Schiffler, owner of Shady's Hometown Tavern in Stearns County, to discuss Mr. Schiffler’s lawsuit to open his business and the hardship inflicted on all small business owners across MN by Gov. Walz’s arbitrary 'one size hurts all' mandates.

I recently joined a group of Republican legislators challenging Gov. Walz in court over his abuse of emergency powers and peacetime emergency declaration that closed businesses, churches, and caused tens of thousands to lose their jobs. Emergency powers were not intended to stretch on for weeks and months as Gov. Walz is unilaterally forcing. We must return to the constitutionally required separation of powers between the executive and legislative branches. More about the lawsuit can be found at the following link here.

Rep. Lucero invited to pre-record remarks in late May that were included in the virtual commencement ceremony for the 2020 graduating class at Kaleidoscope Charter School.