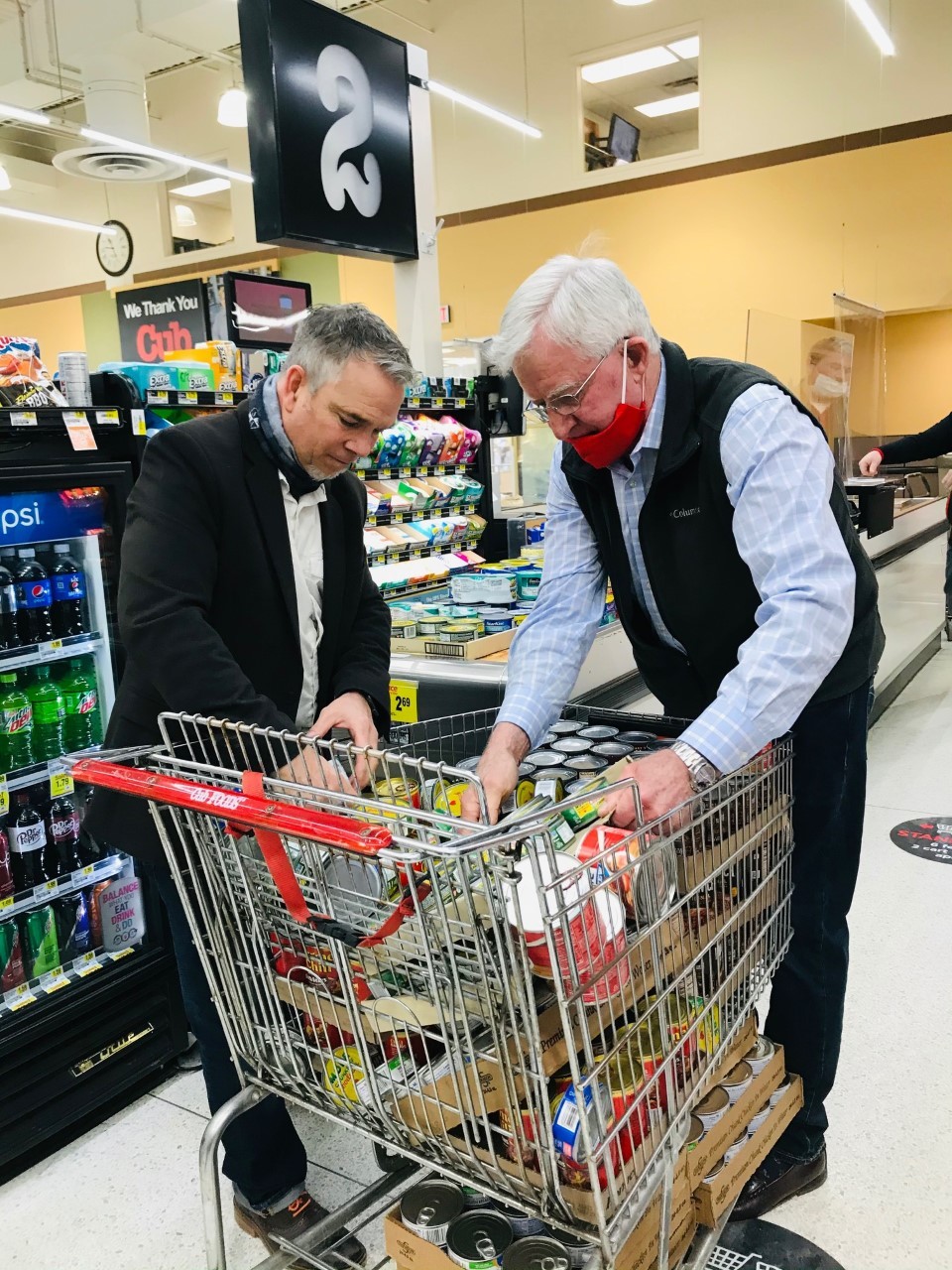 It was my pleasure to participate with Sen. Bruce Anderson in this year's annual Cub/Farm Bureau food drive as we engaged in a spirited competition with county commissioners. We raised around $3,000 and 1,000 pounds of food for the Delano food shelf, this year’s proceeds recipient. 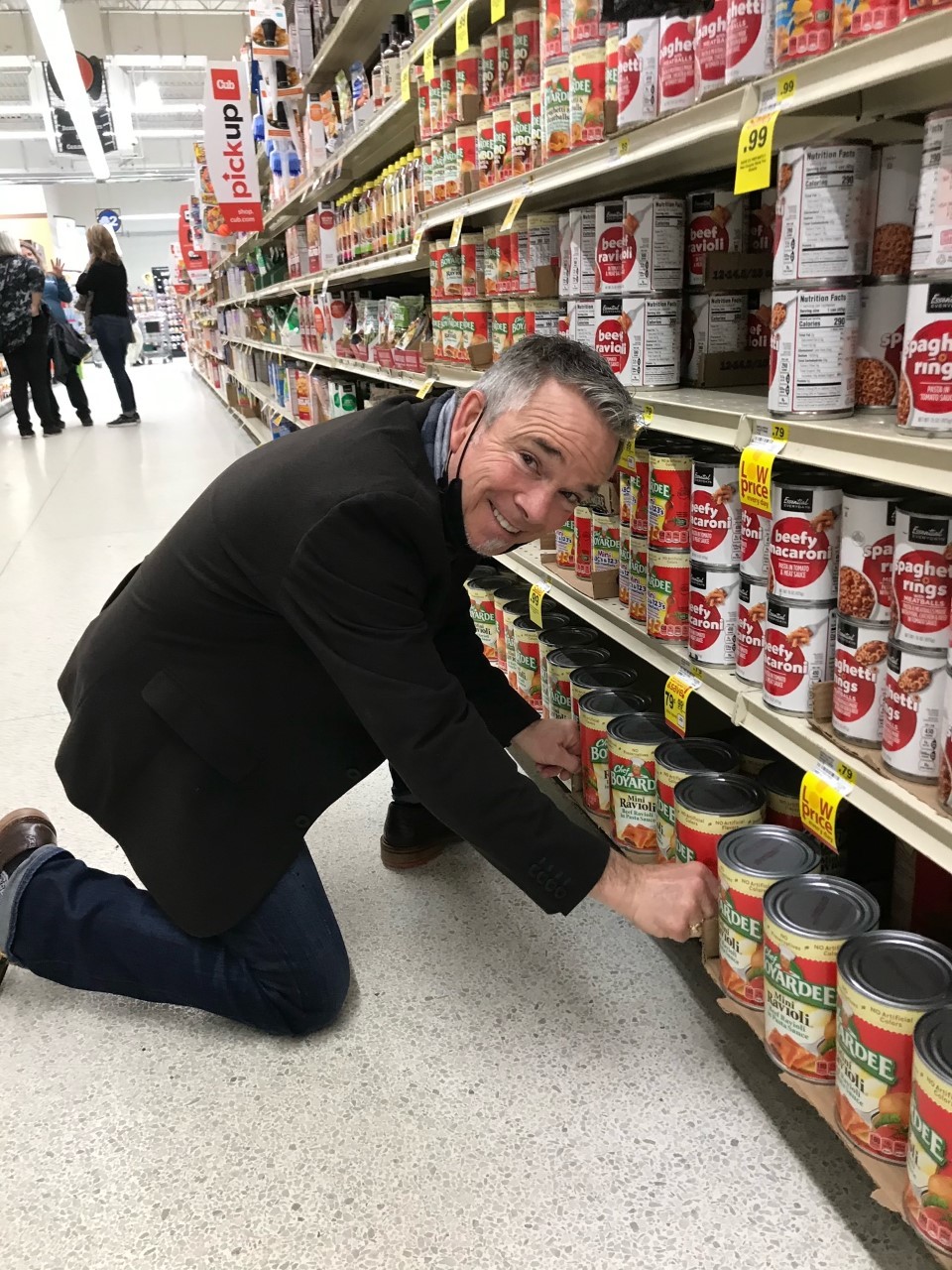 This Saturday marks one complete year since Gov. Tim Walz declared a peacetime state of emergency for Minnesota.

For the last 12 months, the governor has cut the Legislature out of the decision-making process while issuing around 120 executive orders that impact the lives of millions of Minnesotans.

For most of the past year, Minnesota classrooms have sat empty under Gov. Walz's executive orders. It took our state months to respond to the science and data showing we safely can get our students and teachers back in the classroom. The damaging consequences distance learning will have on young students likely will last for years.

It’s also been a full year of businesses being forced to close or adapt to never-ending, always-changing, arbitrary restrictions issued by the governor. The executive branch’s lack of communication with businesses and their employees has only added to the burden.

It is past time to end the governor’s emergency powers and restore the Legislature as the third, co-equal branch of government that it is. House Republicans this week moved again to do that, but Democrats who previously voted to end the powers have flip-flopped, continuing to enable the governor’s unilateral authority.

A report indicates Minnesota is in the bottom 10 nationally in terms of re-opening. For comparison, three of our neighboring states are in the top 10 most “re-opened” and another - Wisconsin - is in the middle. This online ranking is based on a daily rating of 11 categories combined to achieve a score. While I can’t vouch for the methodology used or for the rankings themselves, there is some interesting reading in the report and, if nothing else, it reveals stark differences between states in their approach to re-opening.

The House should act immediately to spare businesses throughout Minnesota from owing state taxes on forgivable emergency loans recently issued by the federal government.

The Tax Foundation reports Minnesota is the only state in the Upper Midwest that has yet to exempt forgiven Paycheck Protection Plan loans from state income taxes. These loans were offered as lifelines for businesses to keep employees on the payroll and meet other financial obligations amid COVID-19 restrictions. More than 102,000 Minnesota businesses received them.

It would be unacceptable for our state to skim tax dollars from emergency funding sent to struggling businesses. The state has a $1.6 billion surplus so, if there is a holdup, it certainly is not for a lack of revenue.

We recently received reports of a surge in our state’s administering of COVID-19 vaccines, with around 70 percent of seniors having received shots. The Minnesota Department of Health indicates it moved up the eligibility timeline to now include more people with specific underlying health conditions, along with food processing workers and those with rare conditions or disabilities that put them at a higher risk. This positive development is another reason our state should take earnest steps toward re-opening.

The deadline to submit public comments on Gov. Walz's California Car Mandate is 4:30 p.m. this Monday.

The governor is seeking to implement this policy through administrative rule rather than the legislature. If enacted, the California Car Mandate would raise the cost of all new vehicles for Minnesota families by $1,000 or more, reduce consumer choice, and make MN the only state in the Midwest to place these burdensome regulations on auto dealerships.

Let your voice be heard on this very important issue. Submit your comments here.

With almost nothing of significance happening on the floor at this point in the 2021 session, our focus has been on moving bills through the preliminary stages of the committee process. A favorable hearing recently took place for a bill I authored to help provide people with disabilities training to help them better live independently and enjoy the quality of life they deserve. This bill (H.F. 923) received a warm welcome from the Human Services Finance and Policy Committee and remains viable for passage this session.

Until next time, please stay in touch and let me know how I can help.