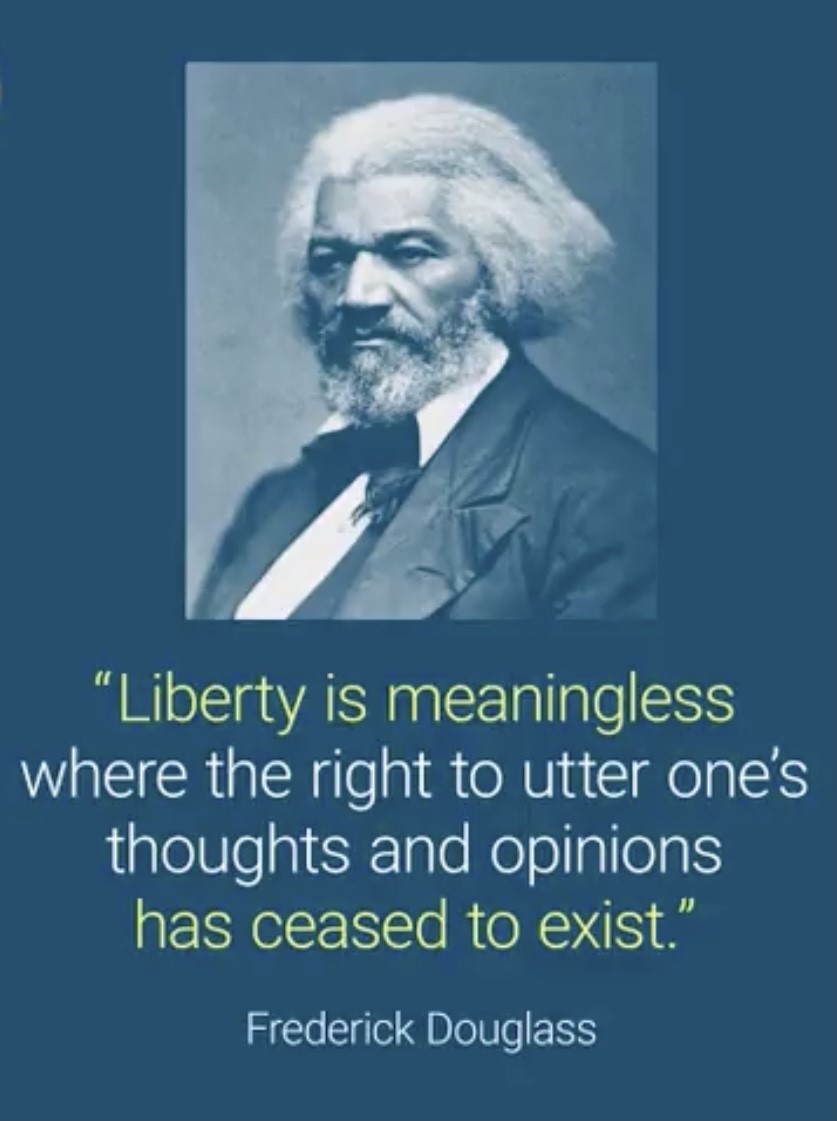 In recognition of Black History Month, here is some food for thought in the form of a thoughtful quote from Frederick Douglass.

Good day from the House of Representatives, where we continue sorting through the details of the proposal the governor issued for the state’s next two-year budget. He is seeking a $52.4 billion spending total (a 9.5% increase), with $1.7 billion in tax hikes. This includes:

The governor is selling this plan as making the “rich” pay their “fair share.” While disagreement could be found on that concept itself, there is more to the story than the governor is letting on. The Minnesota Department of Revenue’s own numbers confirm that corporate taxes result in increased taxes on low- and middle-income families, with 43% falling on Minnesota consumers through higher prices, 43% on other state consumers/employees, and 5% on employees (layoffs, wage reductions, reduction of hours, etc). Put another way: corporate tax increases fall only 9% on the company (owners/shareholders) and 91% on consumers and employees.

So, once again, the notion that average, everyday working Minnesotans would not be impacted by the governor’s “tax the rich” strategy simply is not true. Besides, during these challenging economic times, the last thing the governor should be talking about is raising taxes on the very businesses he has shut down in recent months. Our economic recovery is going to be a difficult process on its own without the governor adding to the burden.

While we will not have a firm picture of our state’s bottom line until the February forecast is issued, the state has the resources to offset the modest shortfall that is anticipated without increasing taxes. We could tap into the state’s well-funded Rainy Day account. We also could ask the state to share the burden.

During my tenure in the House, I have seen example after example of areas agencies could improve upon their efficiency to deliver better services to Minnesotans at reduced costs. The governor has given token lip service to some cost-cutting measures for the state, such as announcing a government hiring freeze last spring. That may have sounded good at the time, but the follow-through has been lacking and, in fact, there are more full-time employees on our government's payroll now than there were before the governor’s hiring “freeze.”

The governor’s budget plan is only the first stake in the ground on setting the state’s new budget, with the House and Senate set to follow with proposals of their own. Look for more developments as they occur, and I will be advocating for a plan that protects taxpayers and businesses while being a careful steward of existing tax dollars.

Another priority of mine is to restore the Legislature as the third co-equal branch of the government that it is. Our state has lived under the governor’s unilateral rule (and the more than 100 executive orders he has issued) for nearly a full year. People in our district are saying that, especially with the Legislature in session, it is time to return to our representative system of government as provided by our Constitution.

Legislators are meeting every day and there is no reason for one person to continue bypassing due process. When one person makes all the decisions for our state, there are going to be mistakes – and we’ve seen a number of them from the governor with his inconsistent, arbitrary orders. The time for instantaneous decisions has passed and collaboration would better serve Minnesotans as we work on a path forward.

Look for more news from the House soon and, as always, your input is welcome.