This morning, Governor Walz announced more than one million doses of the COVID-19 vaccine have been distributed in Minnesota. While we still have a long road ahead of us and are counting on the federal government to deliver more doses of the vaccine, this is still a remarkable milestone showing light at the end of the tunnel. 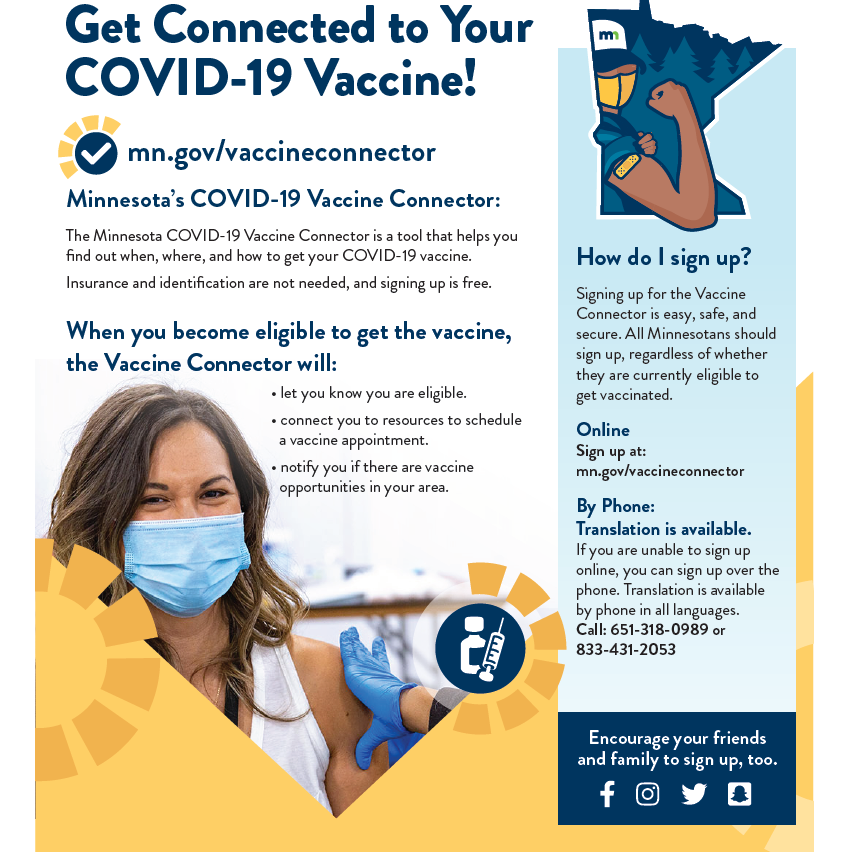 This week, the state launched a new tool to help Minnesotans know when it’s their turn to get the vaccine. Minnesota’s Vaccine Connector, a free service, will let you know when, where, and how you can get your COVID-19 vaccine. It’s open to everyone, no matter your current eligibility status. Learn more and sign up here to get updates about your eligibility and receive an alert when it's your turn to get a shot.

This week in the House Public Safety Committee, I had two hearings on bills I’m offering as part of our shared goal to end sexual assault and other forms of gender-based violence. On Tuesday, the committee held a public hearing on “Sheyla’s Law,” my legislation to shift investigations of sexual assault – where the victim and the accused are both members of the Guard – to the Bureau of Criminal Apprehension. The bill is named for Specialist Sheyla Scholl, a constituent who was initially discouraged from reporting an incident by local law enforcement. She followed through with her report later when encouraged to do so by another survivor of the same perpetrator, but the investigation lasted two and a half years, taking a significant toll on her and her family.

Yesterday, the committee discussed my bipartisan bill with a series of updates to our state’s criminal sexual conduct statute. The current law is full of numerous contradictions, loopholes, and other shortcomings for survivors which create barriers to receive justice. The bill reflects recommendations of a working group that spent several months closely examining the law and suggesting changes to help ensure justice can be delivered.

I’m incredibly grateful to the brave survivors who have continued to tell their stories, highlighting how the criminal justice system has failed them. They share their stories in public knowing it won’t likely change the outcome regarding their own case, but do so because they don’t want the same thing to happen to someone else.

On Wednesday in the Education Policy Committee, we held a hearing on a bill I’ve authored in partnership with the Epilepsy Foundation of Minnesota to help all Minnesota schools become Seizure Smart Schools to help protect our state’s estimated 7,400 children with epilepsy. The legislation requires schools to create seizure action plans and identify at least one employee who is present and trained on seizure recognition, response, and administration of seizure-rescue medication. The bipartisan bill also ensures training materials are available to licensed school nurses and other staff who work with students so they have the tools they need to recognize and respond safely to seizures. 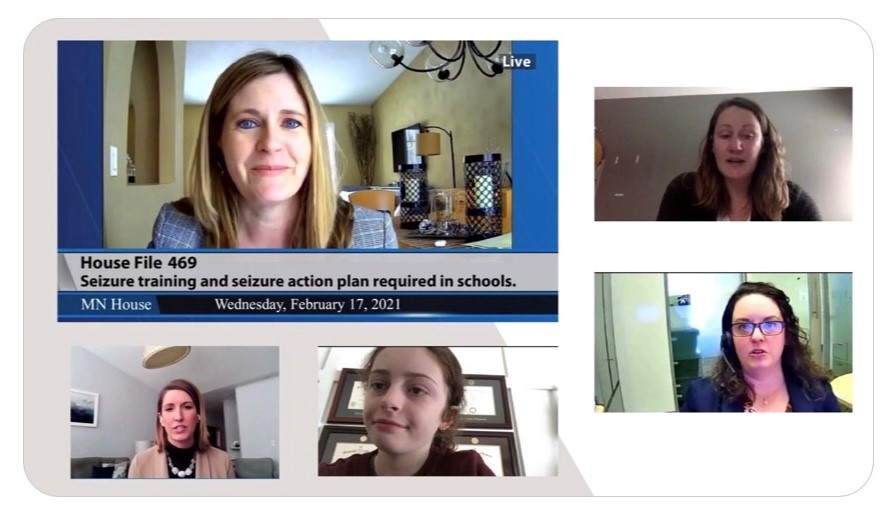 Thanks to Trisha, Rachel, Lindsey, and Nikki for sharing how this bill will help students feel safe in school and reach their full academic potential.

I value hearing from you, and I hope you’ll be in touch with your input, ideas, or if I can be of assistance. My email is rep.kelly.moller@house.mn and phone number is 651-296-0141. If you have neighbors, friends, or family who you think would find these updates valuable, please share this with them; they can subscribe here. I also encourage you to “like” or “follow” me on Facebook.

Thank you for the opportunity to serve you.