'Minnesota will not let indigenous women continue to vanish' 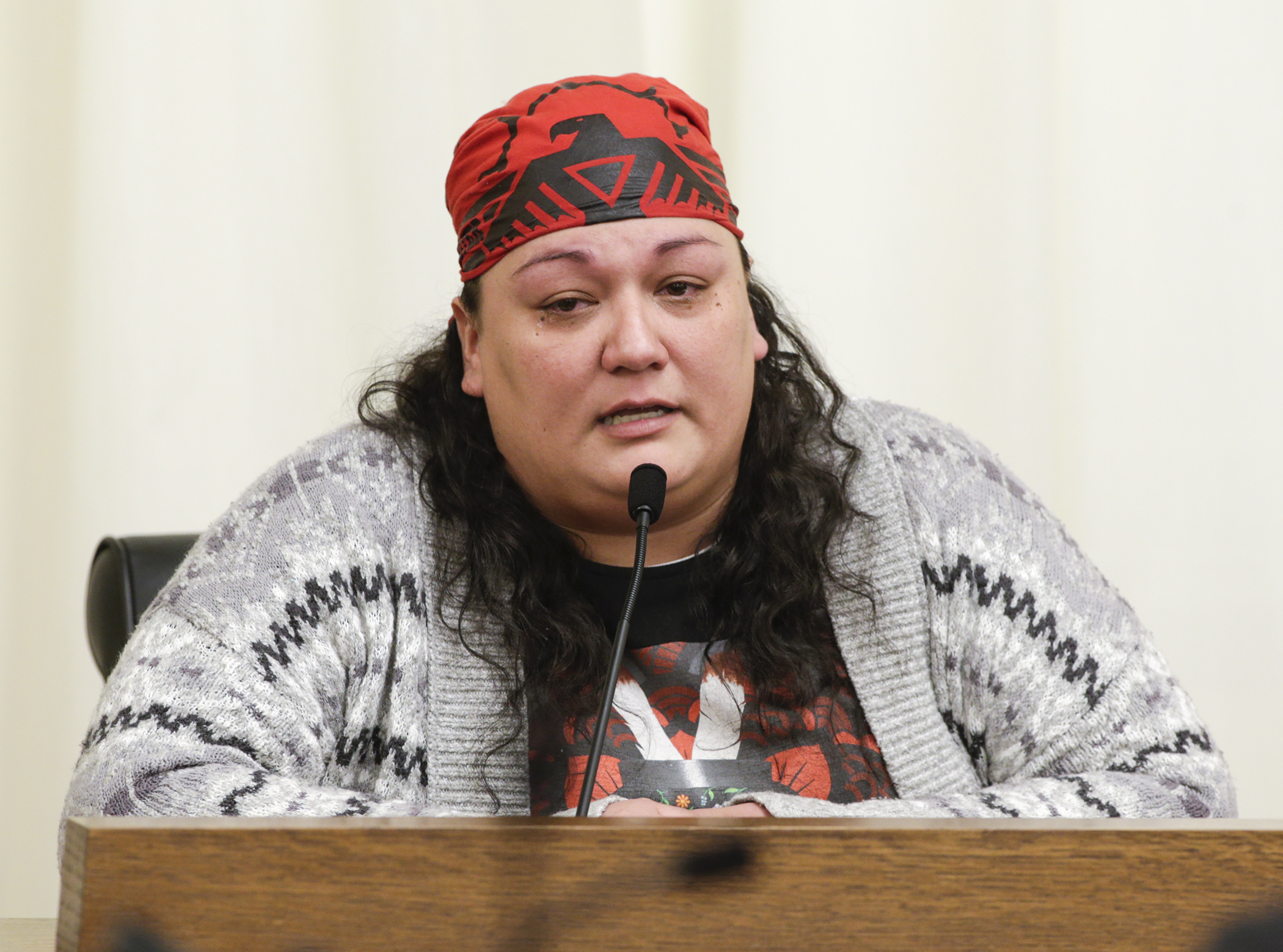 Mysti Babineau testifies Jan. 29 before the House Public Safety and Criminal Justice Reform Finance and Policy Division on HF70, which would create a task force on missing and murdered indigenous women. Photo by Paul Battaglia

Mysti Babineau was raped for the first time when she was just 9 years old. Three years later, she and her grandmother were violently assaulted, resulting in the death of her grandmother and deep knife wounds to Babineau’s hand.

The division approved the bill and sent it to the House Ways and Means Committee.

“We can send a message that Minnesota will not let indigenous women continue to vanish,” Rep. Mary Kunesh-Podein (DFL-New Brighton) said before the meeting.

Kunesh-Podein, the bill sponsor, noted that there is currently no state or national system in place to collect data on missing and murdered Native American women and girls in Minnesota.

On some reservations, she said, women are killed at a rate more than 10 times the national average.  And Department of Justice statistics show that one in three Native American women will at some point in their life be raped.