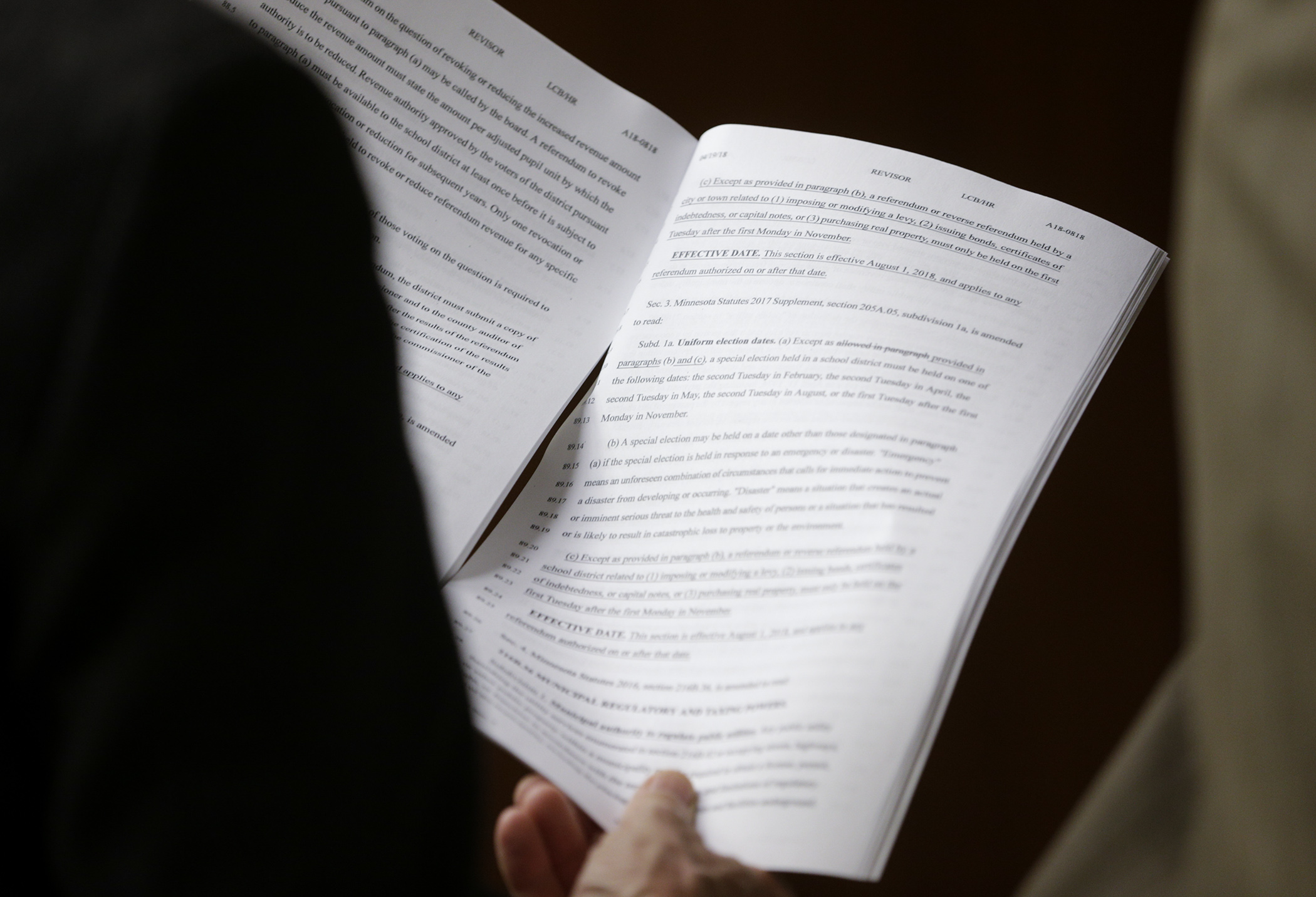 Members of the audience in the House Property Tax and Local Government Finance Division look through the division report April 20. Photo by Paul Battaglia

A controversial provision that would cut local government aid to sanctuary cities is included in the division report for the House Property Tax and Local Government Finance Division, following extensive debate and testimony.

Sponsored by Rep. Steve Drazkowski (R-Mazeppa), HF465 — the division report — was approved, as amended, by the committee Friday and referred to the House Taxes Committee. Its companion, SF254, sponsored by Sen. Michael Goggin (R-Red Wing), awaits action by the Senate Transportation Finance and Policy Committee.

One of the bill’s most discussed provisions — incorporated from HF4403, sponsored by Drazkowski — would reduce aid to cities or counties that appropriate money to provide legal services to “illegal immigrants” and eliminate aid to sanctuary cities.

WATCH Overview of the report during Friday's hearing

In addition to policy provisions, the report presents a cost savings of $10.5 million to the General Fund for Fiscal Years 2020-21. The two provisions that provide the bulk of those revenue savings are incorporated from HF603 and HF2072, both sponsored by Drazkowski, the division chair.

The first provision would repeal the library debt service aid to Minneapolis effective starting in calendar year 2018. The bill was amended to make the repeal effective beginning with assessments in 2020 and thereafter.

The second cost savings provision would repeal the political contribution fund program, which currently offers individuals a state-paid refund of their candidate contributions up to $50 a year. An amendment by Rep. Diane Loeffler (DFL-Mpls) to remove this provision was rejected on a split-voice vote.

The following are selected bills that have been incorporated in part or in whole into the omnibus environment and natural resources finance bill: