The House on Friday passed the omnibus supplemental budget bill 75-55.

A variety of state programs and operations would get $263 million from the General Fund in HF3172, sponsored by Rep. Lyndon Carlson Sr. (DFL-Crystal), the chair of the House Ways and Means Committee. In the Senate, where Sen. Richard Cohen (DFL-St. Paul), the Senate Finance Committee chair, is the sponsor, the bill was passed 37-22. It now awaits action by the governor.

The bill is courtesy of the projected $1.23 billion budget surplus for the current biennium that ends June 30, 2015. The money is the bulk of the $283 million from the surplus that was allotted by House and Senate leaders for new spending. The bill would cost $850 million in the 2016-17 biennium. The bill is divided into the following sections:

While agriculture and the environment doesn’t carry the largest price tag in the bill, it had the most difficult provisions to reconcile and was the last portion to be adopted by the conference committee. Areas of contention were new regulations for dog and cat breeders, the Toxic Free Kids Act and money for the Minerals Management Account. The spreadsheet that was unveiled on Thursday morning didn’t include funding for any of these provisions, leaving up for grabs $1.9 million of the committee’s $12 million target for agriculture and environment. 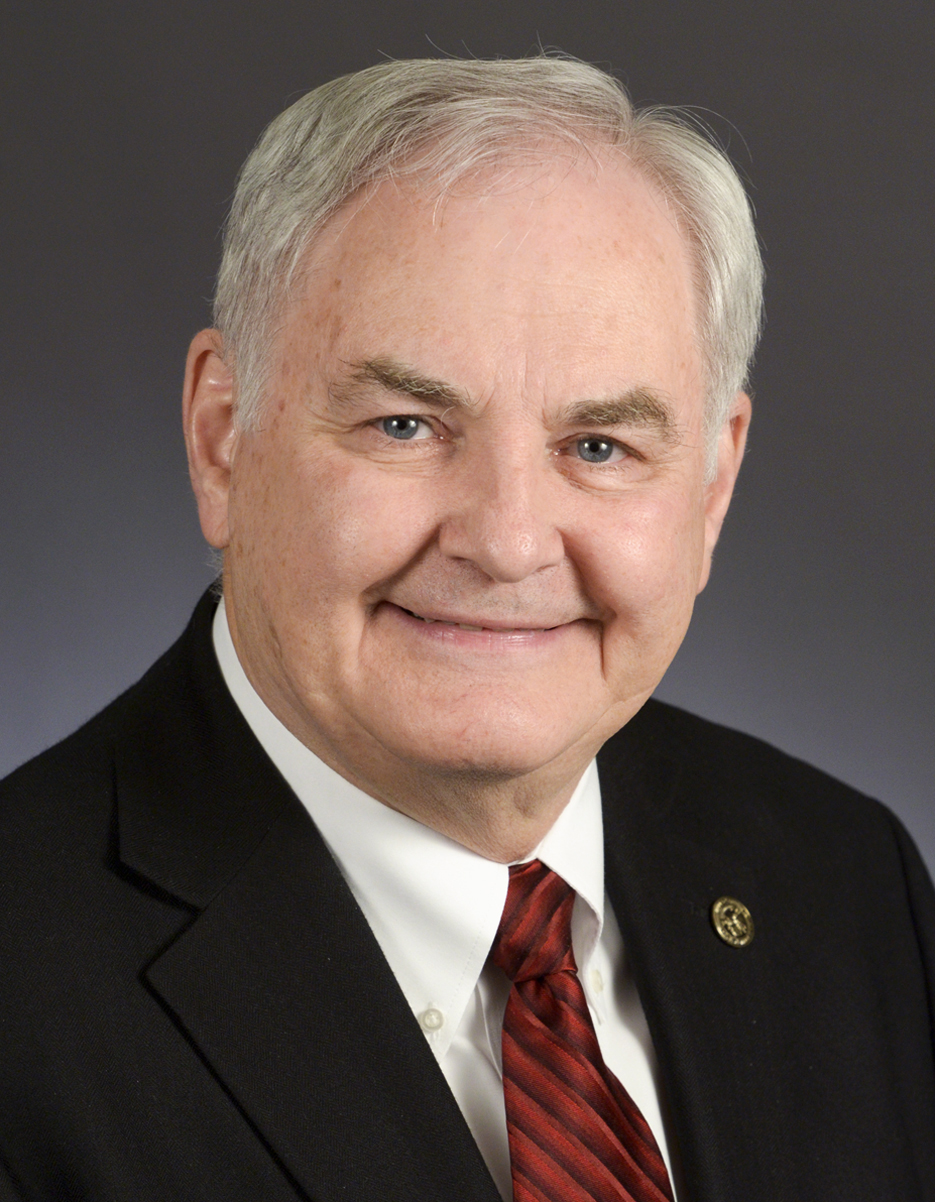 The debate shifted when Agriculture Commissioner Dave Frederickson raised concerns about the absence of three funding priorities: $306,000 in the fiscal tails for retail food handler inspections in St. Paul; $310,000 for the dog and cat breeder law; and $200,000 to research a pig virus. These requests were amended into the bill. The Toxic Free Kids Act, which was a House position, and the Minerals Management Account, which came from the Senate, didn’t advance.

The agreement would also blend nearly $5 million from the General Fund and the Environment and Natural Resources Trust Fund to create the Invasive Terrestrial Plants and Pests Center at the University of Minnesota.

“This is amongst the most important legislation that has been enacted to support agriculture and Minnesota’s farmers,” said Rep. Andrew Falk (DFL-Murdock). “Invasive species pose hundreds of millions and even billions of dollars of threats to our agricultural, forestry and tourism industries in addition to causing irreparable harm to our state’s ecosystems and our quality of life.”

The agreement adopted a Senate position that would provide $9 million for the teacher evaluation system.

The conference agreement would spend $104 million in the upcoming 2016-17 budget period.

The House and Senate reached a compromise on grants to bring broadband to areas of the state that are either unserved or underserved. The House came into the conference committee with $25 million for broadband while the Senate didn’t fund the proposal. The conference agreement would provide $20 million in one-time funding for broadband. Overall, the House target was $37.5 million and the Senate’s was $26 million. The conference agreement would provide $20 million and assume that $10.5 million will be transferred to the General Fund from the Assigned Risk Plan.

The conference agreement also provides $475,000 to each of six initiative foundations for business revolving loans or other lending programs. The agreement would also provide $2.2 million for the Greater Minnesota Business Development Infrastructure Program to spur economic development. The Senate initially provided $4.5 million for the program while the House version didn’t fund it.

The conference committee’s target for higher education of $22.3 million is $5.3 million more than the amount that passed off the House floor. The higher number is due to $4.5 million to the University of Minnesota for regenerative medicine that wasn’t in the original House position (the House initially funded regenerative medicine in the Department of Employment and Economic Development rather than the university). The House and Senate both came to conference with $17 million for salary adjustments at the Minnesota State Colleges and Universities system. The House prevailed by applying the money to MnSCU’s base, whereas the Senate initially proposed one-time funding. On Wednesday, the conference committee adopted an amendment that would provide $3.5 million a year from 2016 to 2041 to pay debt services on the bond to build a new Bell Natural History Museum and Planetarium on the University of Minnesota’s St. Paul campus.

The House and Senate were united on the major spending provisions for the Department of Corrections from the outset. They both proposed $16 million for negotiated pay increases for critical staff and $11 million to cover unexpected overcrowding in the prison population. The committee’s $35 million target was nearly identical to the Senate position and $2 million less than the House position. A Senate proposal for youth intervention programs was funded at $700,000 and a House proposal for sexual assault prevention grants was given $300,000. The bill would create a disaster assistance contingency account for the Department of Public Safety to pay 100 percent of the nonfederal share of disaster assistance incurred by state and local governments. The bill would appropriate $3 million to the account, which matches the Senate position and is less than the $5.7 million proposed by the House.

The House and Senate agreed on $15 million in supplemental General Fund spending for transportation, which on paper looks substantially beneath the $49.7 million House position and significantly above the Senate’s $9.3 million. The Senate, however, parked most its transportation funding in a separate bill in the cash bonding bill, HF1068. The House decided to move much of its proposal into the cash-bonding bill.

General Fund appropriations that remained in the supplemental budget bill include $6.5 million for Greater Minnesota transit, which wasn’t funded in the original House proposal and was slotted for $8 million by the Senate. The agreement has $2 million for railroad grade crossing safety, which the House initially provided $5 million and the Senate didn’t fund. The bill has several non-General Fund appropriations, such as $20 million in one-time money from the Trunk Highway Fund for snow and ice removal, which was the funding level supported by both chambers heading into conference.

Out of a $104 million target for health and human services, the House and Senate came into conference already agreeing on the biggest ticket item: $80 million to provide home and community care workers with a 5 percent salary increase.

The agreement would rebase the payment system for hospital inpatient services for Medicaid beneficiaries for the first time since 2002. To help with rebasing, the conference committee agreement adopted a Senate proposal that would speed up the repeal of the 10 percent rate cut for inpatient hospital services for Medical Assistance patients. The agreement would eliminate the 2011 rate cut by Nov. 1, 2014, which is sooner than the June 30, 2015, in current law.

“It takes some of the pain and fear away [for hospitals],” said Rep. Thomas Huntley (DFL-Duluth), the chair of the House Health and Human Services Finance Committee and a member of the conference committee.